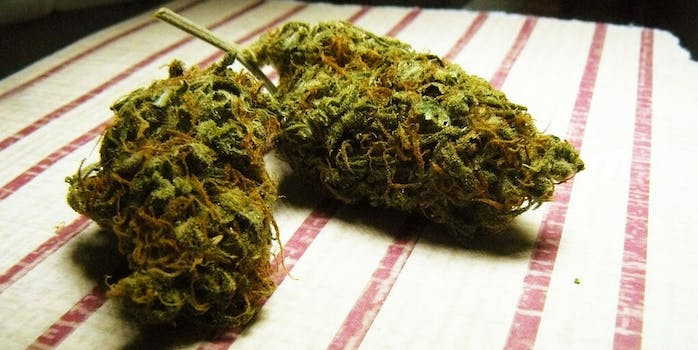 How long does weed really stay in your system?

If you’re reading this, let us first say: Congrats on your new job offer! We hope the interview went well enough that you’re curious about how long weed will stay in your system.

While marijuana is legal for medicinal and recreational use in eight states, its use in the rest of the country is still complicated, to say the least. Some states allow for medical use, but even that can be problematic if you travel or work for a federal agency. The result is that unless you live in Alaska, California, Colorado, Maine, Massachusetts, Nevada, Oregon, or Washington, using cannabis recreationally is a risky proposition.

Even if it’s legal in your state, your company may still require you to take a test before or during your employment, especially if you’re working in government or a major corporation. In fact, in 2014,  9.1 million urine tests were conducted by employers. Even as the world chills out, your boss is probably still a square.

Here’s the problem: There’s no exact answer for how long it takes marijuana to leave your system. It largely depends on your body type, your metabolism, your dosage, what kind of test you’re taking, and the amount of reefer you’ve been using. That said, we’ll break it down the best we can for you, based on the different types of drug tests.

How long does weed stay in your system?

There are four major kinds of drug tests that you might face at some point. Here’s what you need to know for each one.

How long does weed stay in your urine?

When it comes to pot, your most likely foe is going to be the pee test. From stoner comedies to high school employment horror stories, peeing for your job has become a part of the American work lexicon. It’s a cheap and popular test, accounting for 50 percent of all drug tests, according to Quest Diagnostics.

According to California NORML, your window when it comes to a urine test for marijuana is anywhere from one to 100 days. It’s important to remember the massive variance in use included in those numbers. If you’re a person in relatively good shape, who goes to a party and smokes a joint once a month, your time will be closer to one to seven days after use. If you’re a heavier person or someone with a slow metabolism who smokes all the time, you’re going to be dealing with a 50- to 100-day wait before getting clear.

If you’d like to get an idea of how long you’re going to wait for your system to clear up, we suggest checking out the Marijuana Central drug test calculator. Its results are based on studies of drug test user data and it allows you input your weight, age, waist, regularity of use, the potency of weed, and other factors to gauge how long you’ll need to wait to be clean enough to pass a test. The results aren’t fool-proof, but the calculator gives you a general idea that can be invaluable in a pinch.

How long does weed stay in your blood?

Having your blood taken is a massive violation if you don’t consent, and for some, it’s still a violation if they do. The good news for regular pot smokers, however, is that a blood test gives a far more favorable window than urine does. For a single instance of pot use, a blood test will be passable in 12 to 24 hours. Regular users will have to wait two to seven days to be clear, but that’s a lot better than waiting two months like some heavy users will need to do a urine test. Of course, the downside is very few employees blood test, so if you’re getting one, you’re most likely in jail.

How long does weed stay in your saliva?

Saliva testing hasn’t seen much use in the professional sphere, but prepare to see it more at roadside checkpoints. For example, the Toronto police have been experimenting with a roadside saliva-testing program, and due to its ease of use and non-invasive nature of the test, the number of departments using it is likely to rise. Simple saliva tests can typically only detect use within the last 24 hours, with some lab tests able to detect with 48 hours.

How long does weed stay in your hair?

Hair tests are a wildly controversial form of drug testing because it creates such a massive window to view drug use. While the urine, blood, and saliva tests all give you time to get clear, a hair test can tag you for drug use that occurred months, and in some cases years, ago. The silver lining is that hair tests aren’t very useful for testing current use, as it takes seven to 10 days to show up on your test. If you smoke pot on Friday and take a hair test on Saturday, you’re most likely going to pass. If you used to smoke pot for a few months, got clean, and get a hair tested, you might still fail despite being clean.

There are, of course, a cottage industry of options available to help you pass a test should one come up. Just make sure you take their use with a grain of salt and read as many reviews as you can before making a purchase. They might cause more harm than their worth and, depending on the test, you might not really need them to begin with.