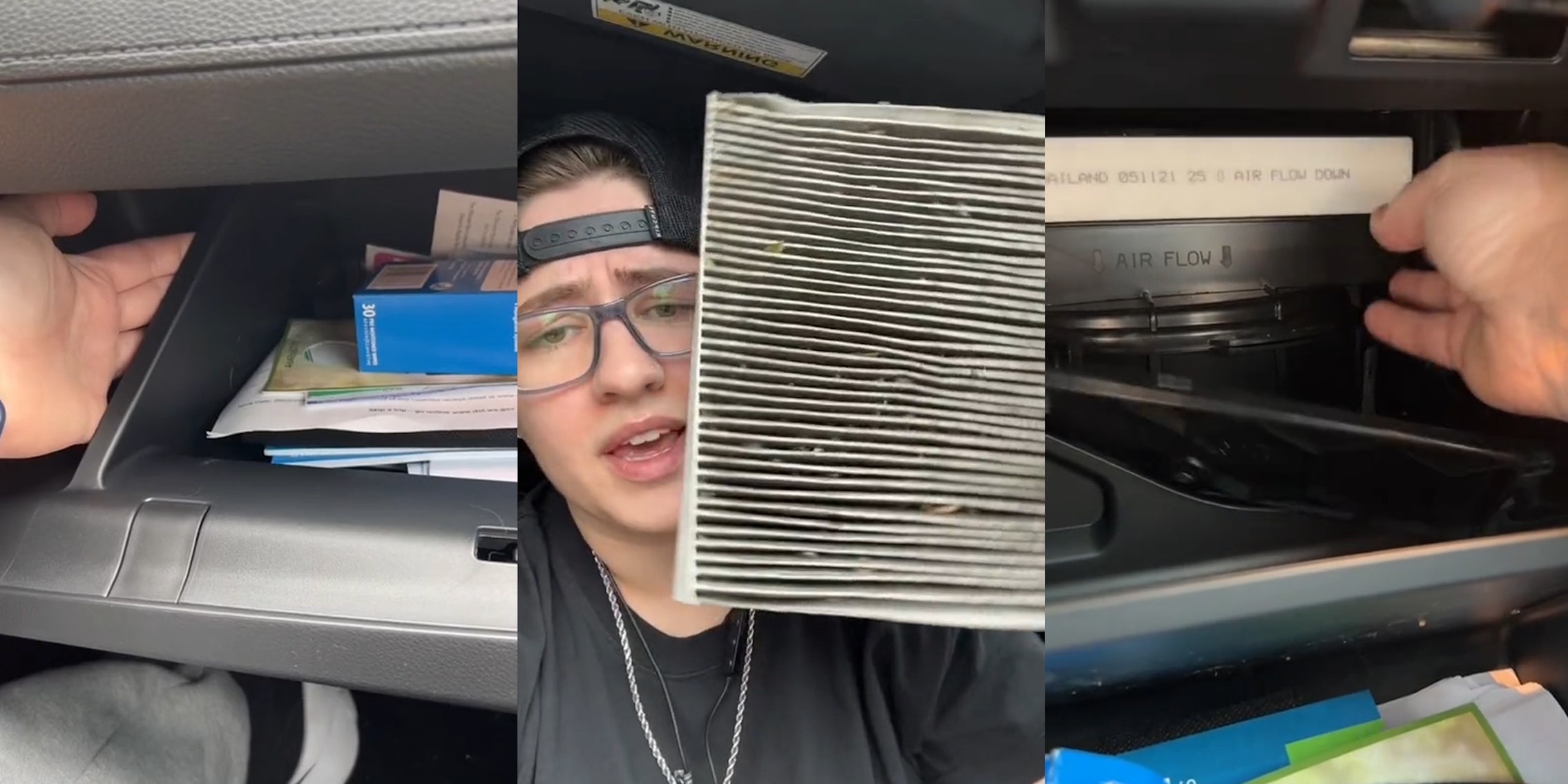 ‘Y’all are probably getting scammed the same way’: Customer says Honda dealership tried to scam her out of $90, shares PSA to warn others

A car owner is warning others after claiming a Honda dealership tried to get her to unnecessarily replace her car’s cabin air filter. She says she knew she didn’t need it replaced because she just changed it herself.

TikToker Kimmie Kurl (@thekurls) has over 96,000 followers and her account is mostly made up of funny posts with her wife, Jammie Kurl. Kurl’s post about the Honda dealership received over 94,000 views so far.

In the video, Kurl talks directly to the camera, telling her followers that she almost got scammed that morning at her Honda dealership and that they are probably getting duped the same way.

Kurl starts off with some background information. She says the day before she took her car into the dealership, she decided to change the cabin air filter herself. She says the entire process took her “under a minute” and that she ordered the new filter from Amazon for $15. Kurl goes through the quick steps she took to change the filter and even shows her viewers the old and new ones to compare how dirty they are.

However, Kurl says, “when the dealership quoted me $90 this morning to change [the filter],” she asked them if they even looked at it. She says the mechanic assured her they not only inspected the filter but also showed it to her “in the video.” But Kimmie claims there was no such video.

“I said, well number one, no you didn’t because you said half the video cut off and number two, I just changed it yesterday. It’s band new.” At this point, Kurl says the mechanic started making excuses, saying that it was possibly not checked because the car’s glovebox was locked. Kurl says she assured him that it wasn’t and again asked what filter the mechanic was going to show her on the video.

She says the mechanic completely dismissed her question, called her “a little saucy,” and asked her what her Fourth of July plans are. Kurl reacts with sounds of exasperation and ends her video warning her viewers to steer away from Honda dealerships. “Don’t let them scam you. Don’t do it,” she says. “Spend $15 and do it yourself. Takes under a minute. The biggest freaking idiot could do it.”

Viewers in the comments section were not at all surprised by Kurl’s alleged experience. One user alleged that “this happens at every mechanic shop. It’s not just Honda.” Another recounted their alleged experience with another dealership, saying, “[they] tried to tell me it was $125 for a new key fob and $3-400 to program it, $8 on Amazon and it took about 90 seconds to set.”

“This literally happened to me. They said I needed my engine filter and cabin filter changed for $140 for both. I changed them myself for $30 in 2 min!” another claimed.

“Isn’t that ridiculous!!!” Kimmie responded. “Super unethical when they don’t even look at it!!!! Glad you did it yourself.”

Many users offered their own tips about how to ensure car owners are not getting duped by mechanics. A user said that when one changes their filter, “write the date in sharpie on the side! That way you know how long it’s been and you can see it’s yours!” Another user said that they “paint a nail polish stripe on [their] rear wheels” since mechanics allegedly sometimes don’t rotate tires to save time, even if they’re supposed to.

A couple of commenters suggested avoiding dealership altogether. One person chastised Kurl for going to the Honda dealership in the first place. “There’s no reason to go to the dealer. Ever. Get a Real Mechanic that you can trust,” they wrote. Another user echoed this suggestion. “This is why I go to a mechanic who is painfully honest. This is also why I drop off treats several times a year. He has my back,” they said.

The Daily Dot reached out to Kimmie Kurl via Instagram direct message.