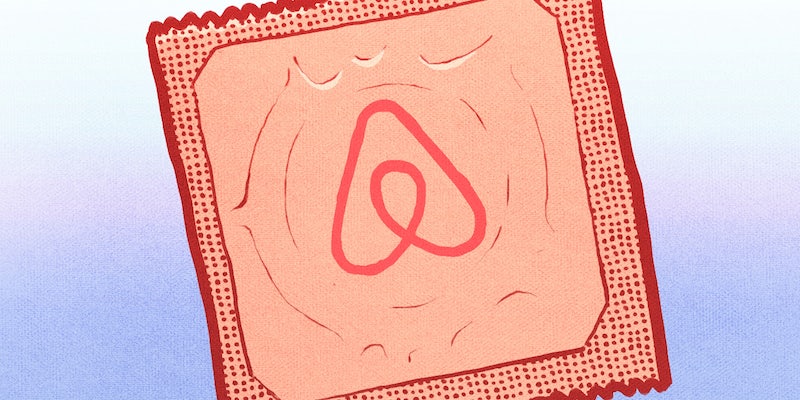 Run for the hills!

A Hollywood Hills Airbnb entrepreneur and her neighbors are in a tiff over the alleged rowdy behavior of her guests.

Dita de Leon wanted to share her “dream home” with others on Airbnb for $35 a night; they were provided with a tent, a beautiful location on La Punta Drive, and a short walking distance to the Hollywood sign. However, neighbors in the ritzy neighborhood are accusing her guests of smoking, drinking, and having sex within view of their backyards.

“A small group of neighbors are breaking the law with defamation and invasion of privacy which I can not discuss as my lawyers will be handling the matter,” she wrote, alongside photos of news vans and drones circling her property.

Airbnb might be your home away from home, but when it comes to having sex, there are still unspoken rules. Whether de Leon’s guests were actually engaging in lewd behavior is still up in the air, but even if they were, occasionally seeing someone have sex is a small price to pay for living in the Hollywood Hills. Boogie Nights, anyone?

Airbnb gave a statement to NBC4, confirming that de Leon’s listing had been taken down:

“The listing is no longer on the site. Airbnb guests expect unique and authentic travel experiences and in turn communities rightfully expect considerate visitors. We have had more than 40 million guests stay with Airbnb. Problems for hosts, guests and neighbors are extremely rare but when they happen, we work fast to make things right.”

Even though de Leon is struggling, we imagine it won’t be long before she’s back on her feet. She just rented out her RV to Wiz Khalifa.