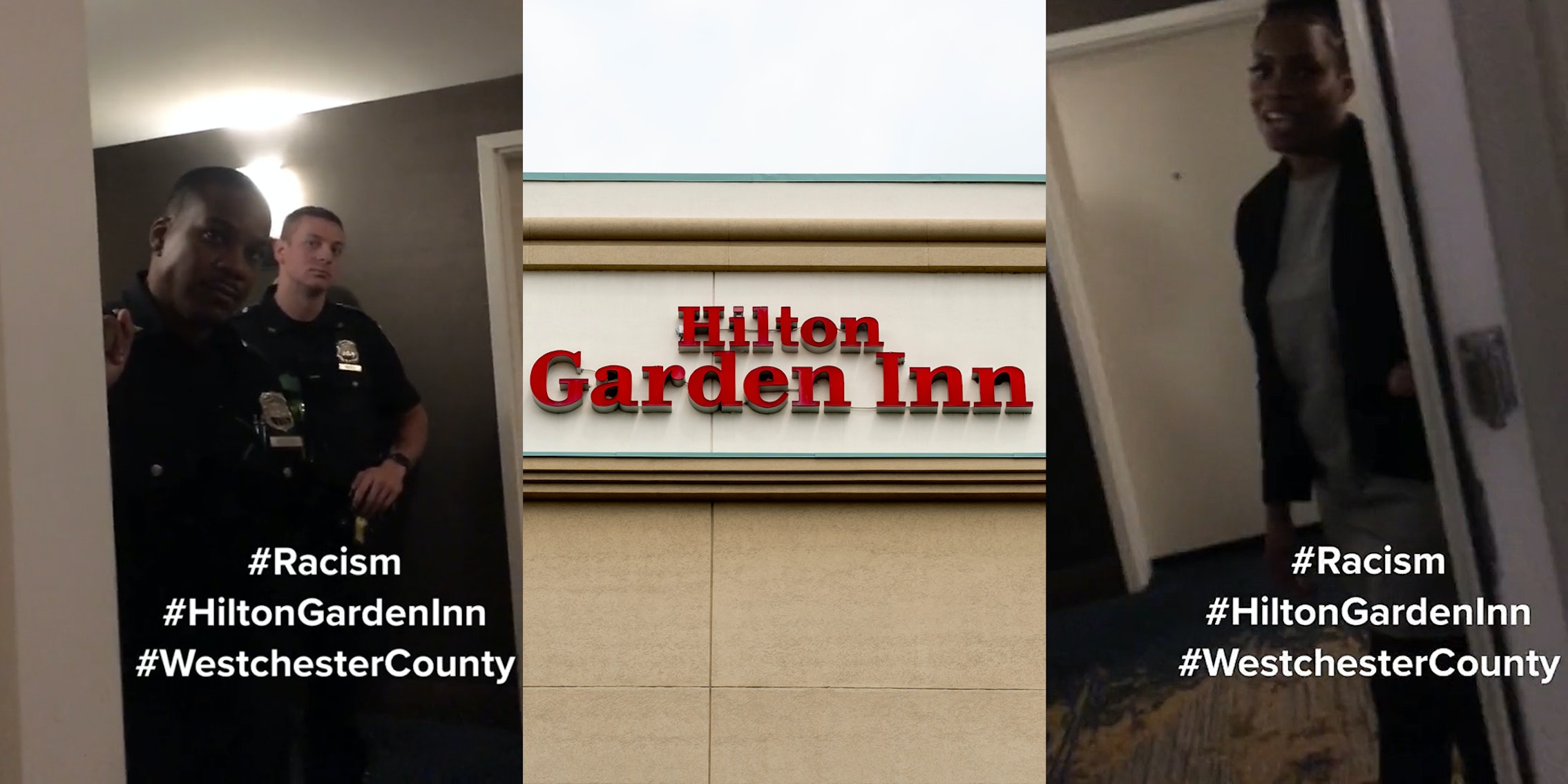 Many viewers didn’t believe that he was innocent.

A TikToker who was asked to vacate his hotel room at a Hilton Garden Inn claims it was due to racism.

In a series of videos uploaded to the platform, user @melliebk410, who is Black, recounts his time at a Hilton property located in New York. His first video begins with him opening his hotel room’s front door after hearing a knock outside. It has over 2.7 million views.

“Here we go. Being harassed at the hotel,” @melliebk410 says in the clip. “Let’s see what this knock is about.”

Outside the door stands at least two police officers and what looks like a hotel manager.

“Are you smoking in the room?” the Hilton employee asks.

The Hilton employee then asks the guest to pack up and leave. She gives him an hour to vacate the hotel and says that she’s already notified CLC Lodging—a corporate travel management company—to relocate the TikToker to another hotel.

“Unfortunately, you’re making our guests and staff a bit uncomfortable,” she says before @melliebk410 cuts her off.

“Thank you. I’ll be gone in an hour,” he says before closing the door.

Viewers can’t see @melliebk410 smoking in any of his videos. However, many commenters pointed out that he had towels positioned under the door—a tactic commonly used to mask the smell of marijuana.

“Lol, bro the towel is a dead giveaway,” reads one of the top comments on the video, with over 3,400 likes.

“Everyone knows the towel trick lol,” wrote another user.

The TikToker posted a series of follow-up videos trying to explain his innocence, but many are muted or were taken down by the platform. In one video, however, he alleges that he was only watching TV in his room and not participating in any illegal activities.

“Why is it so hard for people to leave people alone here in Westchester County,” he asks. “I’m in here quiet [and] minding my own business. … People are sick, man.”

The Daily Dot has reached out to @melliebk410 via TikTok comment.