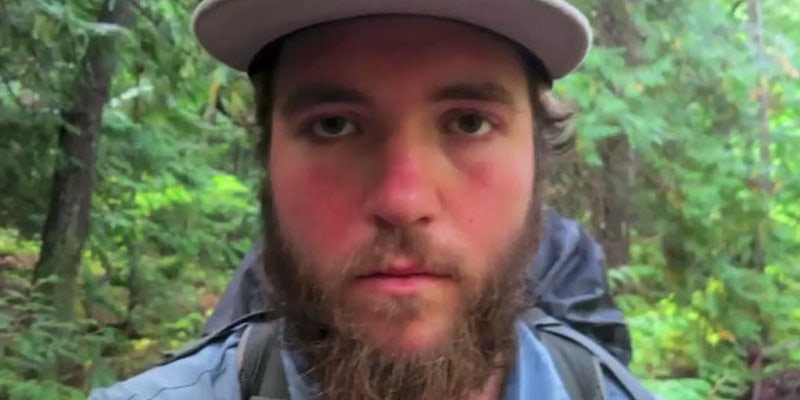 It took Tyler four months to hike the 2,660-mile Pacific Crest Trail, but you can experience his journey in 7 minutes.

On May 17, 2013, Tyler was dropped off in Campo, California near the border between the United States and Mexico. From there, he headed north along the scenic Pacific Crest Trail, recording three seconds of video on each day of his journey.

The result is a montage of breathtaking—and occasionally frightening—views of the Pacific Coast. From mountains to fields to the expansive forest floor, Tyler successfully captured the majesty of nature in California, Oregon, and Washington. Sometimes his speed was brisk, gliding through an endless field silhouetted by mountains. Other times, he was far more cautious, navigating tiny paths carved into rocky terrain high above sea level. Along the way, fellow hikers like “Appa The Sky Bison” and “Bear Claw” make appearances in the video, always several yards ahead of Tyler’s very durable camera.

In a separate video, he spliced together a series of selfies taken during each day of his journey to illustrate how such a hike “accelerates the process” of seeing one’s self change over time. He started as a fresh-faced, relatively clean-shaven lad in Campo. By the time he reached Manning Park in Canada four months later, wild and bushy hair had sprouted on his exhausted—yet very satisfied—face.

Tyler runs the website HalfwayAnywhere.com, which chronicles his outdoor adventures around the world, so there is plenty of travel footage to be jealous of and inspired by.