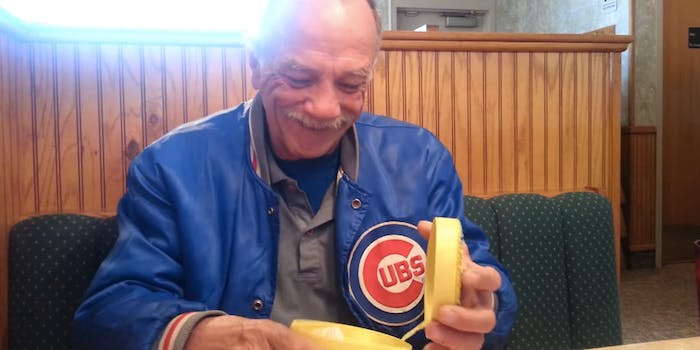 When Jessica Hickey told her dad she was pregnant, she expected he might get emotional. Jessica is his only child, and his wife passed away 20 years ago. Whether she expected it or not, to say he took the news well is an understatement.

She shows him a pacifier, and he laughs. “Looks like something you used to suck on when you was little.”

“You should probably read it,” she tells him.

Then realization sets in.

“Told you he was gonna cry,” she says. Then Hickey finally tells her dad the news: “I’m 10 weeks.”