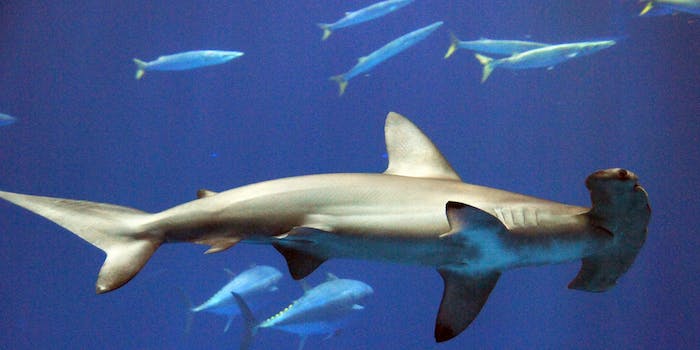 This shark is more desperate than dudes on Tinder.

No, this isn’t “10 Hours of Boating as a Kayaker off Palm Beach”—it’s just one hammerhead shark stalking some dudes for two miles along Florida’s coast like the ultimate thirsty rando.

Mark Naumovitz and Brian Nelli were fishing in the area when they noticed that they were receiving some persistent unwanted attention from a local resident. The Sun Sentinel reported that they were hauling home a 16-pound Mahi, the scent from which likely attracted the 13-foot killer shark that doggedly tracked them through the water. The hammerhead circled them about 30 times, even knocking against their kayaks a few times before giving up hope of an easy meal.

Though hammerheads are not considered as dangerous as, say, great whites, it’s best not to fall into the water next to anything more than twice your size with eight times as many teeth.