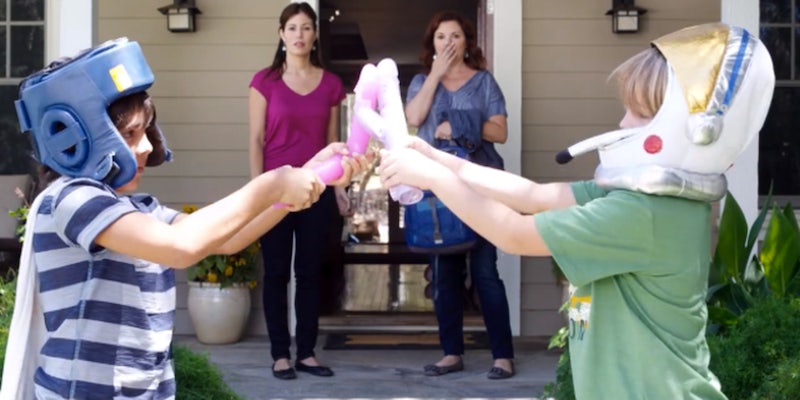 Still think it's OK for kids to play with guns?

New York City-based gun safety organization Evolve might be creating some of the best commentary on the issue. Back in February, they released a spoof called “The Bill of Rights for Dumbasses,” which offered a revisionist history for the Second Amendment. This week, they gave the issue of gun safety a different kind of buzz.

“Playthings” brings things back to present day, and imagines a world where sex toys can offer a teachable moment about gun safety. Remember: “If they find it, they’ll play with it.”

Evolve will make safety and saving lives aspirational, through mass media campaigns that ignite conversations. We will do this through mass communications channels—TV, major websites, YouTube, mass transit—talking to people in their living rooms and where they conduct their lives.

You’ll definitely want to watch this video a couple more times after visiting their “Tales of Dumbassery” link list.