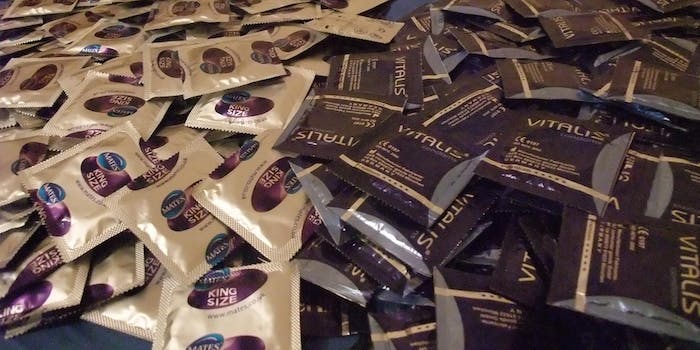 That's, like, the opposite of what a condom should have.

The Australian arm of daily-deals site Groupon has admitted to accidentally selling fake Durex condoms to its customers that may have been full of holes.

The Australian Competition and Consumer Commission (ACCC), a watchdog group established by the country’s government in 1995 to protect consumer rights, said the knockoff condoms “may not prevent pregnancy or protect users from sexually transmitted diseases.” The ACCC leapt to action and initiated a recall of the problematic copycat prophylactics, and Groupon will be refunding customers in full in an effort to make things right. But the faulty condoms were sold between March 12 and April 10 this year—some over a month ago—and are likely to have already been used.

Here are the full details from the ACCC’s site outlining the recall: 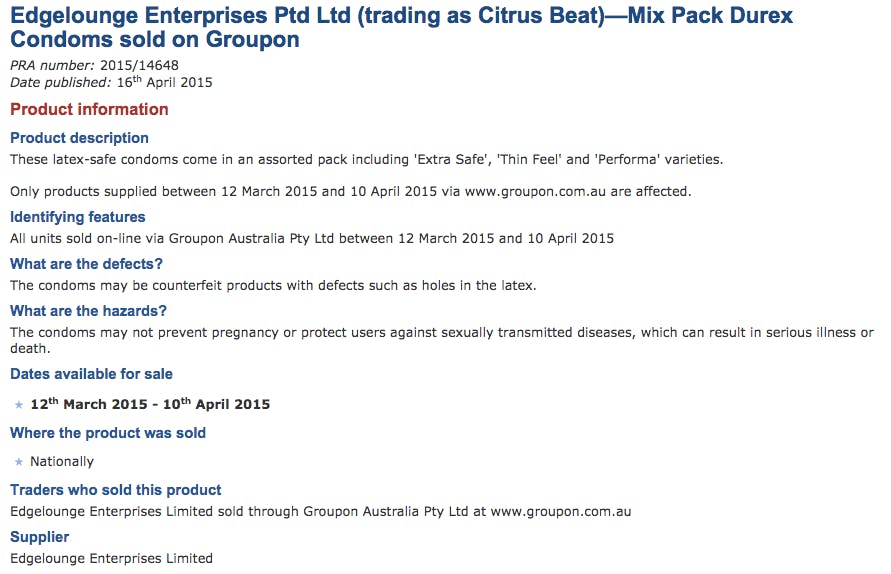 A screenshot from the ACCC’s website that describes the condom recall.

Groupon was at one point the fastest growing company in history, but it has fallen far from its original glory, and this latest development does little to improve its standing. This five-year chart of the company’s market capitalization tells the story well: It’s one of a thriving past followed by precipitous decline, with the company now worth approximately 25 percent of the $17 billion it claimed in early 2011.

From disappointed customers to Groupon executives, this is a story that no one likes.

H/T The Independent | Photo via roebrtelyov/Flickr (CC BY 2.0)