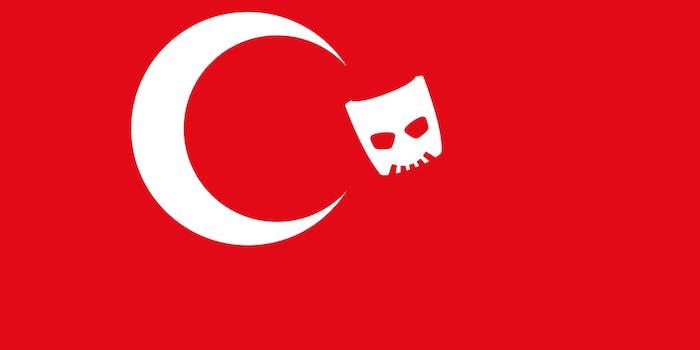 Grindr banned in Turkey as a ‘protection measure’

The popular social networking app Grindr was created as a means to help gay and bisexual men connect across the world. In Turkey, however, the app was just banned.

As of Tuesday evening, anyone attempting to access the app or website in Turkey will see this message:

“The decision no 2013/406 dated 26/08/2013, which is given about this website (grindr.com) within the context of protection measure, of “İstanbul Anadolu 14. Sulh CM” (İstanbul Anatolia 14th Criminal Court of Peace) has been implemented by “Telekomünikasyon İletişim Başkanlığı” (Telecommunications Communication Presidency).”

There’s no specific explanation for why it was banned. According to the website KAOS GL, a Turkish LGBT rights organization, this block was issued by Istanbul Anatolia 14th Criminal Court of Peace, as a “protection measure.”  The organization’s lawyer, Hayriye Kara, said the ban is “most likely related to ‘general morality’, an ambiguous term used often against trans sex workers.”

“We are very upset to hear that the Istanbul Anatolia 14th Criminal Court of Peace blocked Grindr as a “protection measure.” Grindr was created to help facilitate the connection between gay men – especially in countries where the LGBT community is oppressed. We hope that this is only temporary and quickly gets overturned as our community should not be silenced.”

Oddly enough, Turkey recently proposed adding a new section to a draft constitution, which would protect LGBT citizens from discrimination, making Turkey one of only two majority Muslim countries to do so.