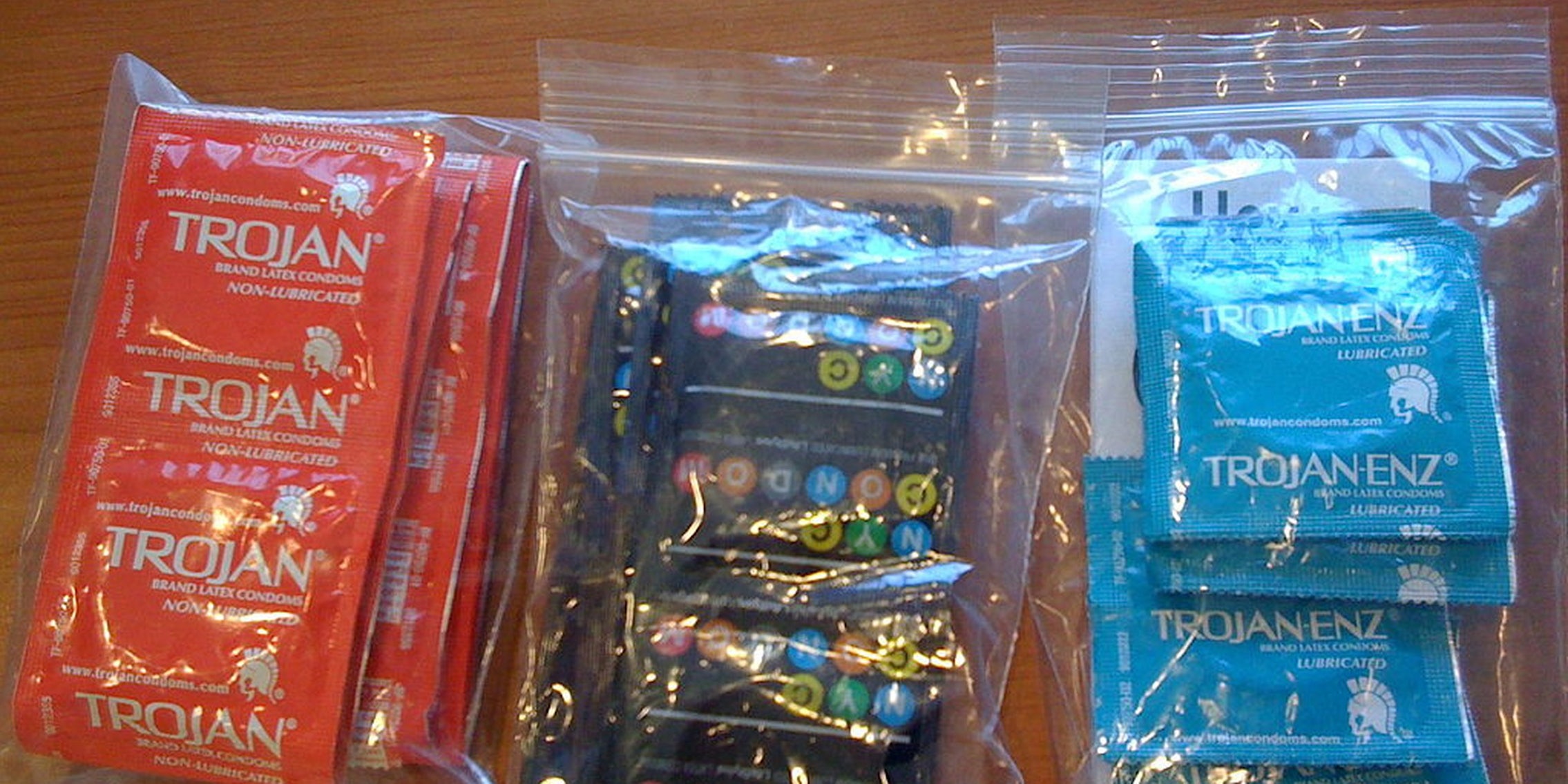 The Great American Condom Campaign is out to sexually protect and educate college students nationwide.

Every summer, college students around the country put in their orders for books, books, books…and condoms?

Yep, 500 condoms, to be exact. Each student who signs up to become a “SafeSite” will get that many prophylactics to distribute at their school as part of Advocates for Youth‘s Great American Condom Campaign (GACC).

The best part of the college condom haul? They’re all free—over 1 million latex sheaths are donated to the program annually by Trojan.

All students have to do to receive the condoms is agree to distribute them at school, along with some basic safer-sex information. The campaign asks that youth participants “educate their peers about sexual health, and organize to improve the policies that affect young people’s health and lives.”

“There are two main barriers for young people trying to access condoms: cost and stigma,” Julia Reticker-Flynn, director of youth organizing and mobilization at Advocates for Youth, told the Daily Dot. “Too few students can get affordable condoms on their campus, and the social stigma and embarrassment young people are made to feel for being responsible about their sexual health is simply ridiculous. Young people want to make safer sex decisions, they want to look out for their friends, but we’ve made it really hard for people to talk openly about what it means to be sexually healthy.”

Many of the condoms are prioritized for underserved institutions (like community colleges and tribal schools). And some SafeSite students are in areas where abstinence-only education reigns, so they will offer to do demonstrations on how to use a condom, too.

To build its SafeSite army, GACC promotes its condom giveaways on social media using memes and a cartoon condom that bears a strong resemblance to a certain Pokémon (ahem, Bulbasaur).

You haven't applied for 500 FREE condoms from #GACC ? C'mon, even Frank's getting impatient https://t.co/SSAb4bP8IY pic.twitter.com/vod5dM3XLC

Students find cute ways to post their condom packages on social media when they arrive, too. After all, getting a giant calculus textbook in the mail a week before classes start is one thing—but getting a box of 500 condoms is undeniably more fun.

When you apply to be a SafeSite, you can also request more information on how to advocate for sex ed classes, fight anti-LGBT discrimination, increase HIV testing, and educate about abortion services on campus.

More than 1,000 colleges currently participate in the Great American Condom Campaign, giving away over 1 million condoms at schools nationwide.