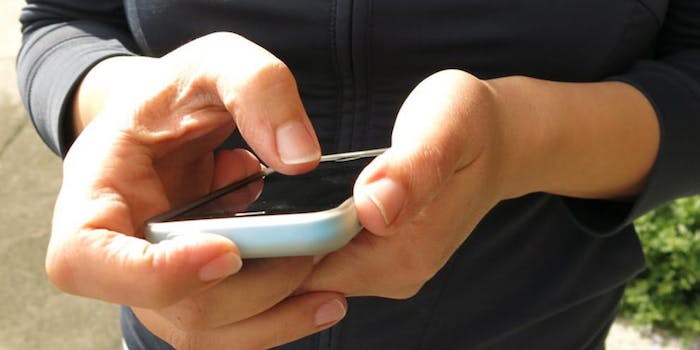 Michigan town freaks out over a teen girl’s NSFW selfie

The photo shows a young woman performing oral sex on a guy leaning on a car. Four others stand behind them and gawk. The image was shared along with a NSFW Instagram screengrab with the caption “It’s milk guys I promise.”

The girl in the photo allegedly posted the photo herself on Instagram, then deleted it.

Fox 17 Michigan reports that police in Grandville are investigating the photo. Because one or more of the people in the photograph is allegedly a minor, police are warning Grandville High School students not to share the image or risk being charged with distribution of child pornography, a federal offense with a mandatory minimum sentence of five years in prison. While that penalty might sound extreme, it’s far from unprecedented: Earlier this year, a teenage girl in James City County, Va., was charged with distributing child pornography after posting nude selfies on Twitter.

Of course, this admonition hasn’t stopped local teens from sharing the photo on Facebook, Twitter, Reddit, and Instagram. Nor has it stopped them from making offensive comments about the young woman in it, with her name as a hashtag. (Because many of these tweets are likely from students, we’ve blocked out their handles, as well as the young woman in the photo’s name.) 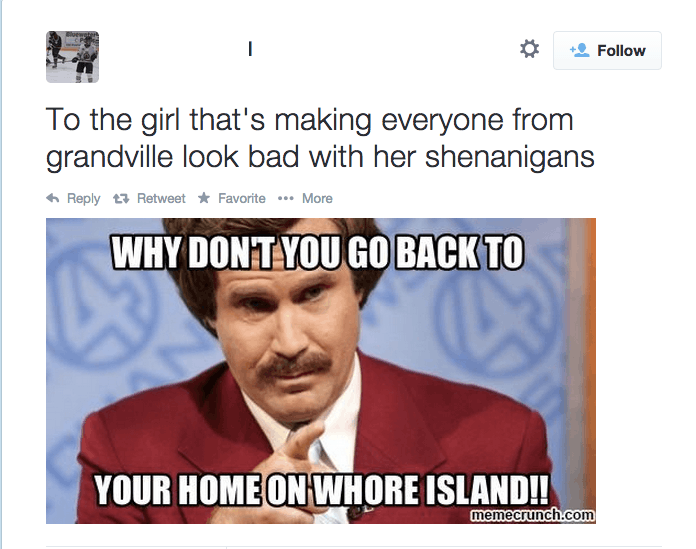 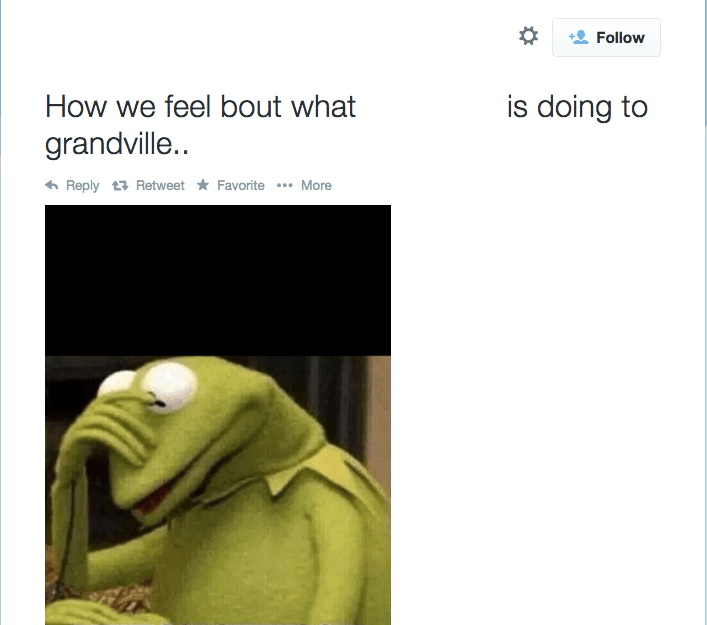 It’s unclear why, exactly, some kids think a young woman giving oral sex reflects poorly on their hometown in general. It’s also unclear why, say, the young man who’s depicted receiving the oral sex in the photo is somehow exempt from abuse, as are the four people who stood by watching, or the teens who continued sharing the photo on Facebook, Twitter, and Instagram.

Others, though, sent her @-mentions and messages of support: 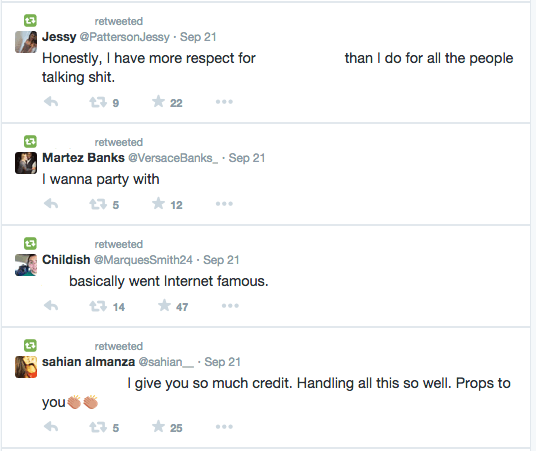