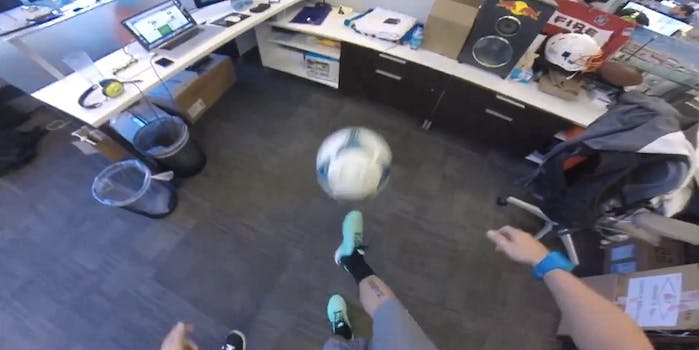 What happens when an MLS player gets a job at GoPro

Davis Paul had an hour to kill before his next meeting. Here's what he filmed.

Davis Paul doesn’t play soccer professionally anymore—the California native and Berkeley grad had a brief stint with the Chicago Fire—but he’s still known to kick the ball around with coworkers.

This is the kind of video that you watch and can’t help but feel a big, stupid grin spread across your face, even though you know you’re being sold something.

Paul works at GoPro as a filmmaker, producing a number of videos intended to demonstrate the camera’s sporting capabilities. Say what you will about it, but the camera’s clearly versatile. We’ve seen it strapped to an angry ram, a soaring eagle, and a fireman during a rescue.