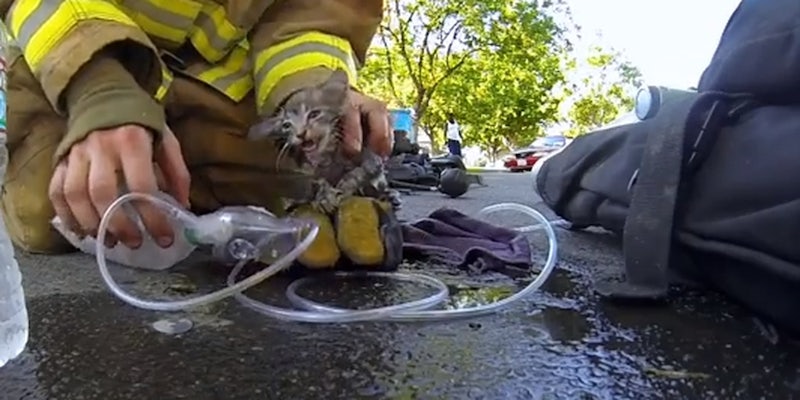 This is what heroism looks like through the lens of a GoPro.

This is what heroism looks like through the lens of a GoPro.

Fireman Cory Kalanick wore a helmet cam when he found the unconscious kitten on the floor of a burned apartment building in Fresno, Calif. The resulting footage gives a first-hand view of Kalanick carrying the cat out, applying a child’s oxygen mask, and successfully reviving it.

The video was actually uploaded back in July, but it was edited into a longer GoPro commercial as part of its Be a Hero campaign. Further complicating matters, “Lucky,” the kitten, succumbed to injuries not long after the accident.