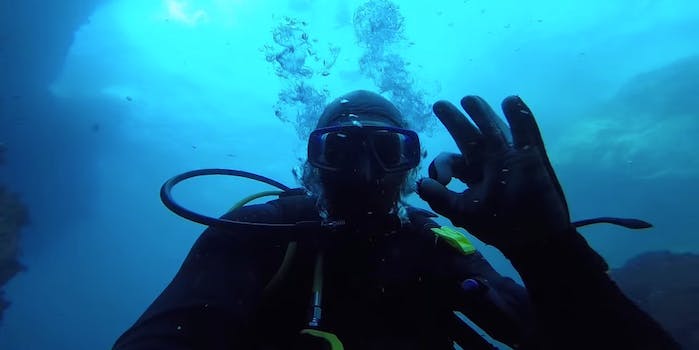 There are no people to get in the way of this ocean view.

When YouTube user blaqpnoi‘s friend tried to film himself jumping into a water hole in Biscoitos, Portugal, the the GoPro he was holding accidentally slipped off its tripod and into the ocean. As the camera glided down the 30 feet from the surface to the ocean floor, it captured the harrowing trip through plants and sea life. The real magic started when the camera caught glimpses of wildlife moving around, far from the prying eyes of any humans.

The GoPro made its way back to the surface after an hour and a half thanks to a scuba diving friend. While the footage it captured was beautiful, its owner will probably be keeping a tighter grip on it in the future.