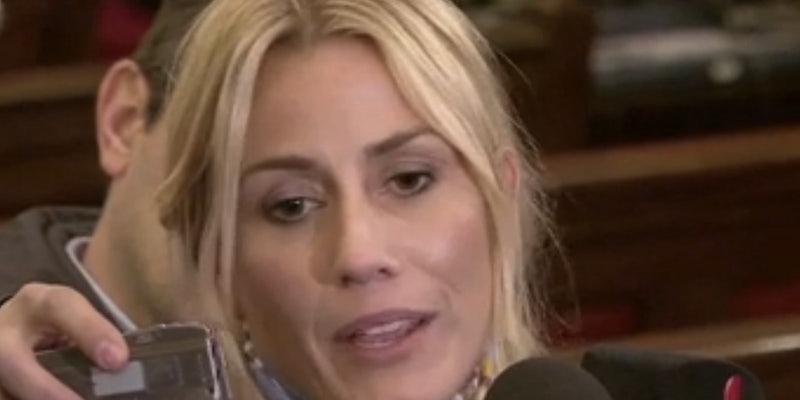 Model sues Google over being linked to adult-themed websites

Argentine model Maria Belen Rodriguez has been waging war against Google and Yahoo since 2006.

“They [Yahoo and Google] have ruined my life,” Rodriguez told reporters last week. “Having to explain every day that I am not a prostitute is a daily complication.”

Rodriguez has been waging war against the search engines began in 2006, when she first discovered that older images of her were being linked to adult-oriented websites. In 2010, a judge awarded her $15,000 for both lawsuits, which was eventually reduced to $6,200 by a higher Argentine court.

Google, for its part, says that the creators of the pornographic websites linking to Rodriguez’s images (who are not named in the suit) should be responsible for taking the links down, not the search engine itself: “Search engines are neutral platforms that do not create or control content on the web,” the company said in a statement to CNN. Argentine civil rights groups agree, arguing that Rodriguez’s attempts to scrub her Google search results are tantamount to censorship.

This is not the first time someone has turned to the courts to get embarrassing or defamatory search results taken down. In 2009, Bev Stayart unsuccessfully sued Yahoo after discovering the search engine linked her name to erectile dysfunction medication, and in 2012, an Australian court ruled that Google had to pay $200,000 to a man whose “defamatory” search results inadvertently linked him to a major crime syndicate, resulting in him being shot in the back.

Although search engines and Internet freedom advocates have said that individuals should not be able to manipulate their own search results, arguing that such a right, if exercised, would be akin to press censorship, this argument was dealt a blow earlier this month, following a European top court ruling that individuals had the “right to be forgotten.” The ruling required Google to grant all individual requests to take down links containing “inadequate, irrelevant, or no longer relevant” information.

While the recent EU ruling should have been welcome news to Rodriguez, she doesn’t seem too optimistic about the outcome of her lawsuit. “I am an ant fighting against a giant monster,” she told reporters of her battle against the search engines.