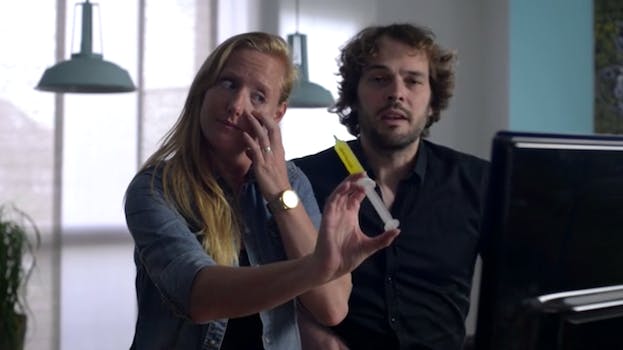 This Belgian website reminds you not to Google your health symptoms

Google can't diagnose you with a brain tumor. Only a doctor can.

When you feel ill but you’re not sure what’s wrong, there’s one thing you should never, ever do. Google it.

Most of us know that if you start Googling your symptoms, within about five minutes you’ll be convinced you’re suffering from a brain tumor, ebola, or some obscure disease that only ever surfaced on a late-season episode of House. Amateur google diagnosis is such a bad idea that one Belgian website actually set up an ad campaign aimed at those symptom searchers.

Gezondheidenwetenschap.be used Google Adwords to target people searching for the top 100 most-googled symptoms. This way, when people googled something like “twitching eyelid,” the first link would be to the Belgian health website. The message was simple: “Don’t Google it. Use a reliable source.”

Their ads are a pretty accurate send-up of what people go through when they start turning to search engines for medical advice. Unless you’re an incredibly well-balanced individual, Googling your symptoms can only ever lead to sudden-onset hypochondria. And then, of course, there’s all the inaccurate advice being offered on sites like Yahoo! Answers and WikiHow.

It’s too bad this ad campaign mostly seems targeted at Belgian Internet users, because its message really is universal.