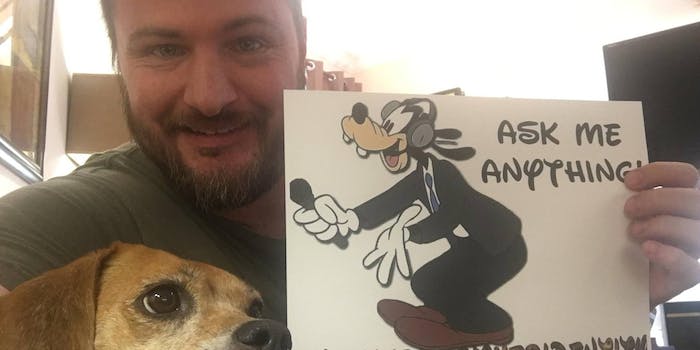 This gave us chills.

When redditor Ihaveanotheridentity began his Ask Me Anything session on Thursday, he subtitled it, “This post is not for those who wish to preserve the Disney Magic.” Turns out the man who played Goofy at Disney World was completely wrong about that, because if you read through his lengthy question-and-answer session, there were at least three times where he might have made you cry. And it was because of the Disney magic he previously said he wouldn’t disclose.

As per usual with Disney character AMAs, people asked about what happens behind the scenes of the park, how hot it is inside the costume, and which characters are the most cool/meanest in real life. But people also asked for the stories that made the $15-per-hour pay totally worth it.

And Ihaveanotheridentity obliged in telling some of the most heartwarming (and heartbreaking) stories he could remember from his 20-year run at Disney World. Here were the three best highlights from his extensive chat. 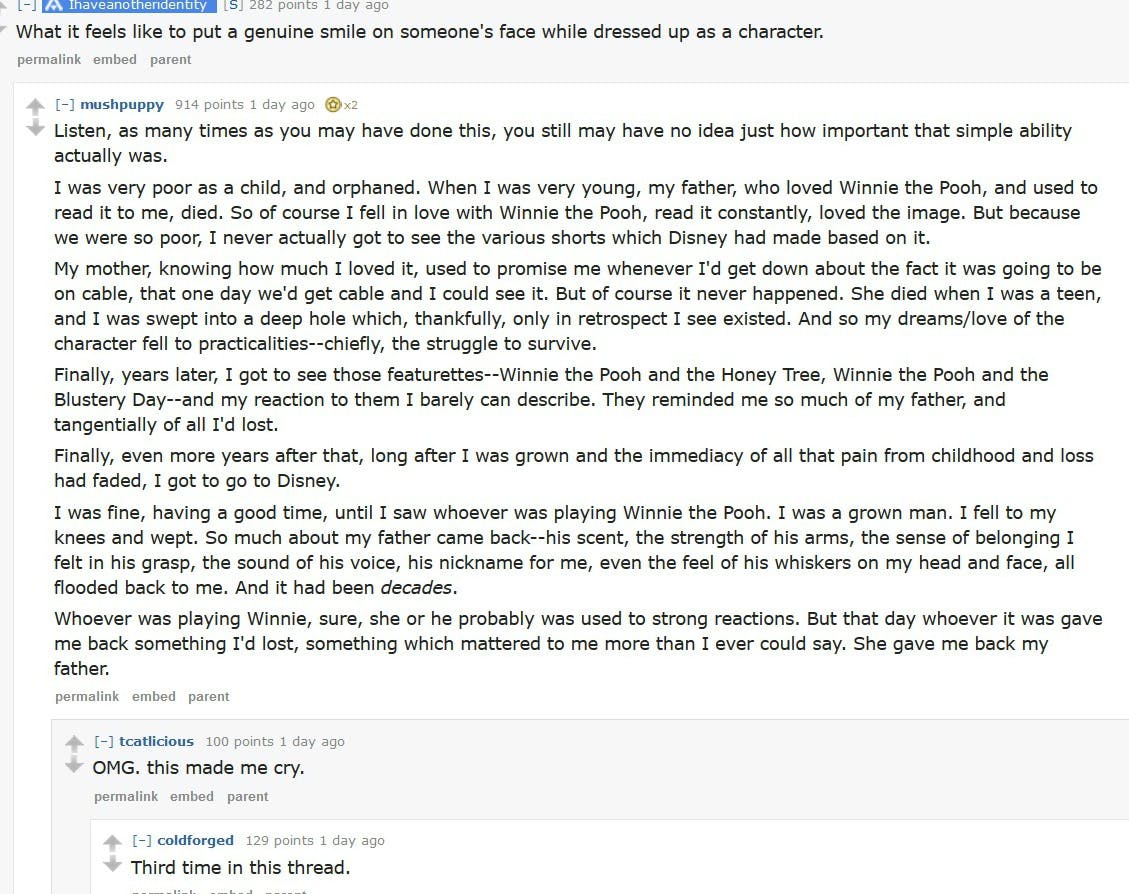 Before you read this one, make sure you have a box of tissues nearby. Heartwarmer No. 3: 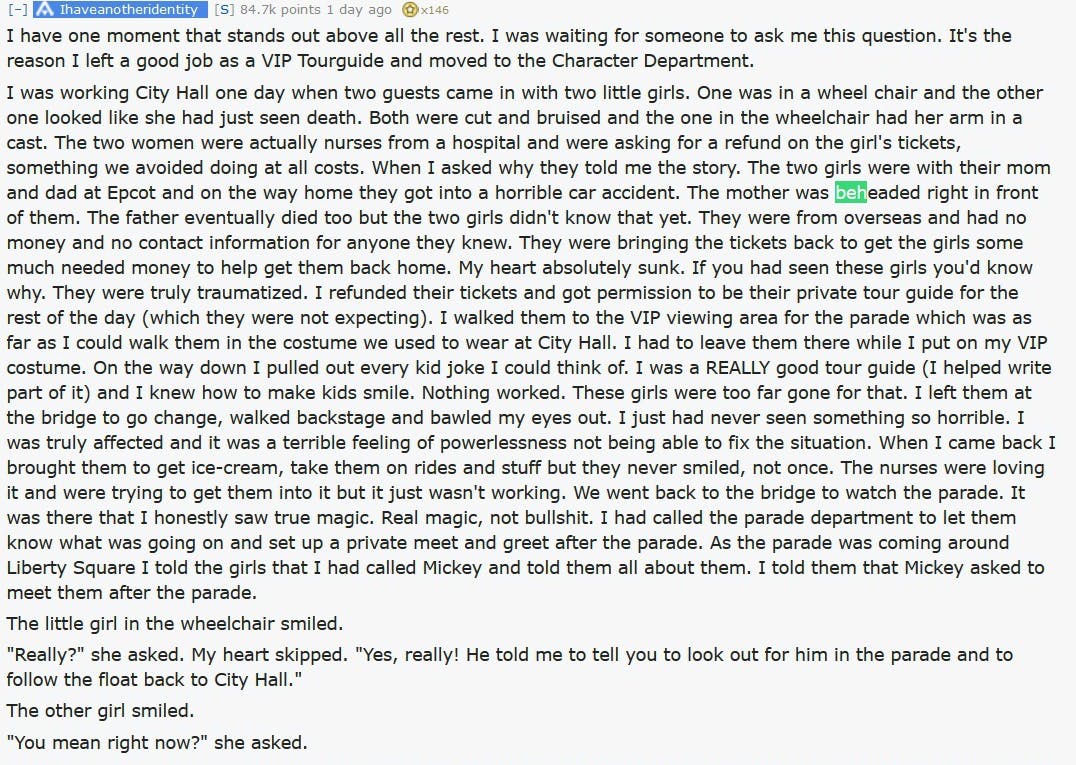 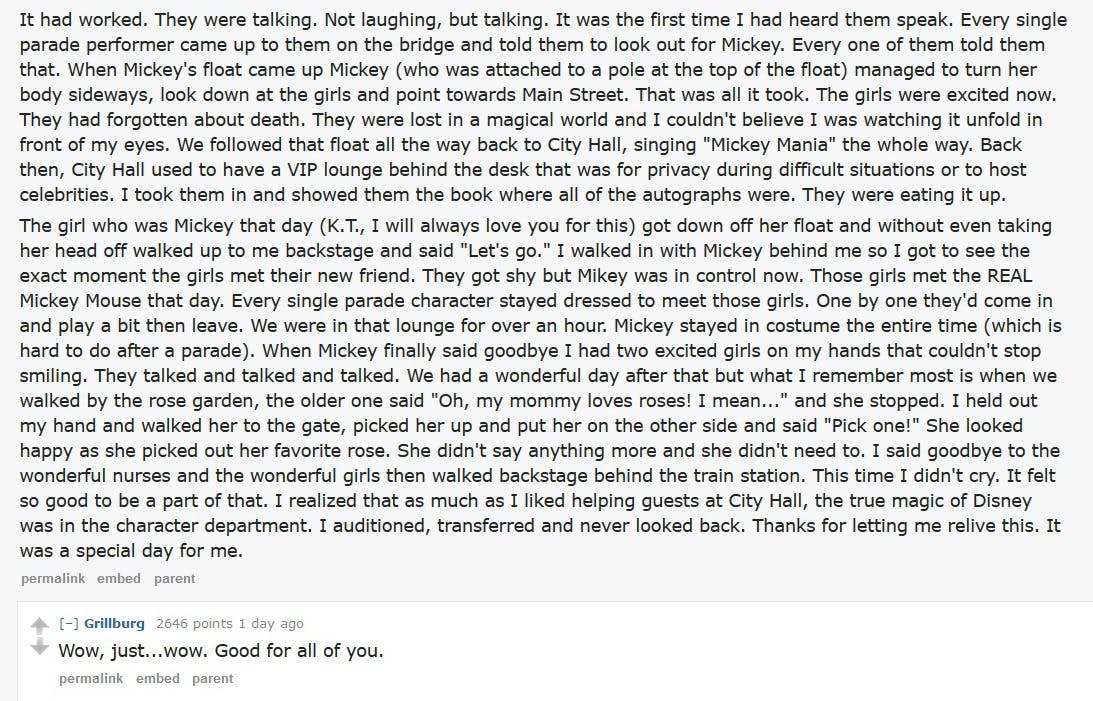 So, is Disney magic real? According to this AMA, the answer is a Gawrsh damn yes.