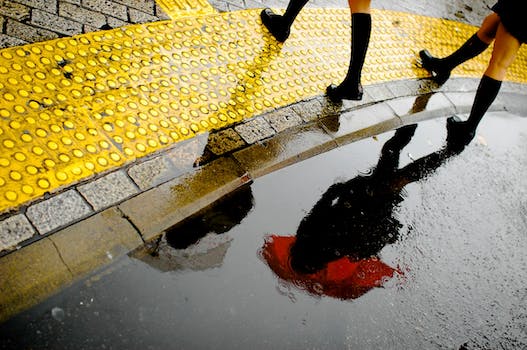 Crowdfunding platforms continue to make it clear that sex workers are not welcome.

Last Friday, however, GoFundMe abruptly canceled the campaign without warning, deleting ESPLERP’s account on the website and changing its terms of service. Now, sex workers and sex worker allies are protesting GoFundMe’s actions on social media, arguing that the crowdfunding platform is discriminating against sex workers.

So @gofundme *changed their terms of use* and then canceled the account for legal challenge to CA prostitution laws. http://t.co/uNgGM0xliG

It's not like I didn't already know crowdfunding apps and banks are viciously anti-sexworker, but wow, shutting down a legal challenge fund?

According to a statement on ESPLERP’s website, GoFundMe contacted the group to inform them that while the group would be allowed to keep the $520 it had raised so far, the campaign had been removed from the website. The statement also said that GoFundMe mentioned it had changed its terms of use right before deleting the organization’s account.

“We made inquiries about what exactly had changed, ‘cause it’s a little perplexing,” ESPLERP organizer and Bay Area sex worker advocate Maxine Doogan said in a YouTube video on March 7. Doogan added that she had been emailing GoFundMe about the campaign earlier in the week, and had received no indication that ESPLERP had violated the website’s terms of service.

According to GoFundMe’s terms of use, the website prohibits, among other things, crowdfunding for “sexually explicit material,” “adult services or products,” “pornography of any kind,” and “campaigns in defense of formal charges of heinous crimes, including violent, hateful, or sexual acts.” We’ve reached out to GoFundMe for clarification and will update when we hear back.

Most crowdfunding platforms like GoFundMe prohibit “solicitation” and the promotion of sexually explicit materials on their site. But it’s unclear how ESPLERP’s campaign to challenge state prostitution laws, which have been in effect since 1961, falls into this category.

This is far from the first time a crowdfunding platform has been accused of discriminating against sex workers, even those who were clearly not using the site for solicitation purposes.

Last spring, for instance, sex worker and cam performer Eden Alexander attempted to fundraise for her medical bills on GiveForward after she contracted a life-threatening staph infection. GiveForward later canceled her fundraiser on the grounds that she had “violated” payment processor WePay’s terms of service, which state that users “will not accept payments or use the Service in connection with pornographic items.” PayPal also froze the account of adult model Maggie Mayhem back in 2010, when she tried to crowdfund a trip to do relief work in Haiti.

Although GiveForward and GoFundMe both prohibit crowdfunding campaigns for sexually explicit materials, that hasn’t stopped both platforms from hosting ethically ambiguous fundraising campaigns. Last fall, GoFundMe hosted a fundraising campaign for Darren Wilson’s legal bills after he was accused of shooting unarmed black teenager Michael Brown. GiveForward also caught flak for hosting a crowdfunding campaign for the MMA fighter War Machine, who is alleged to have brutally beat and raped his ex-girlfriend, adult performer Christy Mack. (The site later removed the campaign page.)

Although GoFundMe hosts a number of crowdfunding campaigns for medical procedures, the company was met with intense criticism last September when it deleted the account of a young woman who was crowdfunding an abortion. In an email to the woman, a GoFundMe representative said the campaign “contains subject matter that GoFundMe would rather not be associated with.”

For now, ESPLERP is going forward with the lawsuit, and is accepting donations to its fundraising campaign via mail order. The complaint contends that California prostitution law is unconstitutional, on the grounds that it “deprive[s] individuals of the right to engage in consensual, private sexual activity” and “den[ies] individuals the right to choose for themselves how to earn a living and who to enter a contract with.”

Update: We received the following statement from a GoFundMe representative: “Due to privacy concerns, I am not able to discuss account specifics with anyone other than the campaign organizer.”

Doogan also told the Daily Dot that GoFundMe has yet to respond to her question about how the ESPLERP campaign violated the website’s terms of use. “We’ve been going through this for a long time in the sex worker community,” she told the Daily Dot. “Everything that our community turns to in terms of a financial instrument to use, they cut us off.”

ESPLERP is currently seeking an alternative crowdfunding platform to continue raising funds for the campaign.