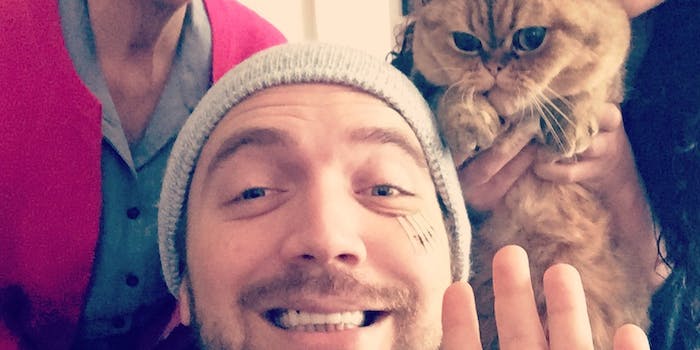 The GoFundMe campaign has already exceeded its goal.

The Internet has a mixed relationship with the time-honored tradition of yelling at women. But it’s unabashedly in favor of guys who end up in intensive care after standing up for their girlfriend.

Police announced Monday that a man in San Francisco’s Tenderloin district had been stabbed multiple times in the wee hours of the morning by a man who followed and catcalled the victim’s girlfriend.

The San Francisco Police Department didn’t immediately respond to the Daily Dot’s request for comment. But local ABC News reported that Ben Schwartz was stabbed nine times in the Tenderloin district that morning, by a man who had made comments about Schwartz’s girlfriend, Miyoko Moody.

Since the stabbing, a GoFundMe fundraiser for Schwartz, apparently created by Moody, has raised more than $30,000, surpassing its $25,000 goal. Schwartz told ABC News that his assailant’s knife had punctured his right lung from behind, but luckily barely missed his spinal cord.

The money will go toward Schwartz’s medical bills and rent, Moody said.