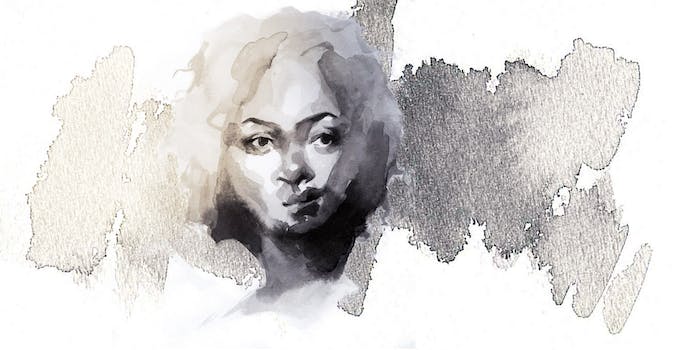 This African-American powerhouse is altering the very definition of vlogger

GloZell Green found YouTube fame for her comedy, but now she’s opening up about her journey toward parenthood.

“Hello! This is GloZell! Is you OK? Is you good? ’Cause I wanted to know!” the 43-year-old shouts into the camera to kick off nearly every video she’s uploaded to YouTube. The prominent vlogger  takes a fans-first approach, whether she’s interviewing the president, in character as Tracy Tina, delving into her struggles with fertility à la Glo All In, or performing one of her dangerously hilarious challenges.

YouTube stars are known for being forthcoming and for oversharing. But none is quite like Green, the African-American female powerhouse altering the very definition of vlogger. Her contemporaries are far younger. Few of them are minorities. And they certainly aren’t looking into family planning in the same way that Green is—nor are they sharing that journey with 4 million fans.

Green is expecting her first child with her husband Kevin “S.K.” Simon, to be delivered by a surrogate in August. She’s struggled considerably with fertility due to her age and endometriosis—details she’s shared unabashedly on the webseries Glo All In, produced by millennial mom network Awestruck. Society may tell women to keep quiet about such difficulties, but no one told Green. She’s proud to be part of an online support system for those facing hurdles in family planning.

“I want to be like a fertility minister. Like someone who takes you by the hand and tells you that it’ll be OK.”

“I’m glad I said it publicly because I didn’t know I was supposed to be embarrassed,” Green tells the Daily Dot. “That’s kind of put me in this new era because I have a lot of people ask me about fertility. It’s opened this dialogue that’s been amazing. I want to be like a fertility minister. Like someone who takes you by the hand and tells you that it’ll be OK.”

Green has built a brand around the type of sharing that feels less like reality television and more like family. Gone is the divide of the celebrity from her fans, replaced by an easy and natural banter, a shared delight in the biggest moments of her life in between skits and jokes with the community that she’s built.

But those aren’t the clips that put her on the map. Instead, attempting to ingest massive amounts of cinnamon, tasting the comically named British pudding spotted dick, and even babysitting built her brand on the video-sharing platform. They’re the type of clips that could’ve landed her on David Letterman’s “Stupid Human Tricks” segment. Fitting, given that late-night shows and television broadly got her involved in YouTube in the first place.

“It seemed like everything was filmed in California. I felt like, if I get there somehow, some magical thing was going to happen,” GloZell recalls of starting her ascent from starry-eyed L.A. transplant to one of the most instantly recognizable viral video stars the world over. “I went with my husband at the time. We had a dog. We had a cat. We were doing fine. And then it just started to fall apart.”

It was 2006. GloZell was just getting her feet wet in the open mic scene, more worried about what to tell her mother about her failing marriage and whether she should move again than the crowd reactions she was getting while onstage. Whereas her soon-to-be ex-husband was set to leave, Green was as determined as ever to stay.

“I don’t appreciate that he took the dog and cat. Bitter, party of one,” Green says with a laugh. “It was out of pure will and spite and embarrassment and a whole lot of emotions that I had to make it.”

A friend suggested she attend a taping of the Tonight Show with Jay Leno to gain some inspiration. She soon became one of his most devoted fans, sitting in the Tonight Show audience hundreds of times and chronicling her experiences on her blog GloZell Loves Jay Leno. Green went from writing her reactions to borrowing a camera for stills. Soon, she was adding videos too, but Blogspot’s video interface was slow and buggy.

“Someone said, ‘Why don’t you just upload on this thing called YouTube and upload it to your blog?’ Because of that, I built up an audience on YouTube,” Green explains. “I had maybe 10 people looking at the blog, but … I was building a following of thousands of people [on YouTube].”

And her audience only grew from there. People wanted more from the woman whose groundbreaking “My Push Up Bra Will Help Me Get My Man” video featured not only a woman of color but one tackling the male gaze in a disarmingly over-the-top manner.

Women’s issues have always been at the forefront for Green. It’s why she says she’s voting for Hillary Clinton and why she was especially honored to take part in a roundtable interview of the presumptive Democratic presidential nominee alongside other prominent female vloggers. The interview came a year after Green sat down with President Obama, bookending a 2015 that vaulted Green to further prominence.

“I hadn’t interviewed anyone before,” Green says of sitting down with the commander in chief. “I’m known for being silly and fun and lighthearted. However, I’m sitting with the president, where a lot of people haven’t been. I don’t want to waste [that opportunity].”

“Whether you’re old or young or white or black or however, funny is funny.”

Green polled her fans on which issues they wanted to see highlighted. Armed with questions and personal anecdotes, she quizzed Obama on Cuba and internet privacy as well as what he wants from his legacy. At the end of her interview, she presented the president with gifts and accidentally called the First Lady his first wife. The president laughed off the gaffe, and Green did too.

A similarly cringe-worthy moment sets the scene for the opening passages of her first book, a memoir titled Is You OK? that was released on June 7. She describes 2015 as being “the year of GloZell.” However, the year of GloZell—at least, the autumn—didn’t exactly end as planned. She suffered a devastating injury to her leg ankle and foot right before taking the stage to host the Streamy Awards in September 2015. Her fireman’s pole entrance had gone awry, so Green landed wrong and fell to the floor. Fellow vlogger Miranda Sings came to her aid, asking what she could do to help. Green’s answer? Take a selfie.

“When you look at the picture and others from that night as I’m getting wheeled into the ambulance, I don’t really look like I’m in a tremendous amount of blinding pain… I knew—from listening to the inner voice in that brief moment with myself on the floor—that I was OK,” an excerpt reads.

Is You OK? contains kernels of truth and advice meant to give her fans hope and inspiration, much as her videos do. She’s taking that message straight to the people when she hits the road for her first book tour this summer.

Going from humble beginnings to viral superstardom may not have been what Green expected, but her rise has shown fans that hard work really does pay off when it comes to following your passion.

“So many times I should’ve stopped or could’ve stopped and didn’t stop… So many kinds of people can get depressed and sad and you know what? Everyone has that talent, that gift,” Green says. “Whether you’re old or young or white or black or however, funny is funny and people want to see those videos.”