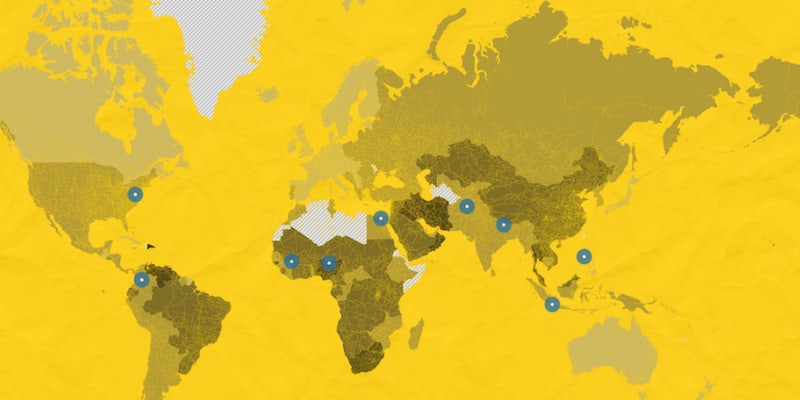 Each year, 1.24 million people die globally in car accidents. By 2030, that number is expected to rise to 3.6 million, which will make it the fifth-leading cause of death in the developing world.

To illustrate this trend, the Pulitzer Center, an organization specializing in global crisis reporting, has created an interactive “Roads Kill” map that shows, by country, the number of road deaths per 100,000 people each year.

The map reveals that road safety is largely tied to wealth, and thus richer countries like Japan, the U.K., and Sweden have extremely low death rates of 5.2, 3.7, and 3.2, per 100,000 people respectively. Broadly, Europe appears to be the safest continent to drive in.

Meanwhile, Venezuela and Thailand top the danger list, with rates of 37.2 and 38.1 deaths per 100,000 people respectively.

It should be noted, however, that the wealth to safety comparison is far from perfect in the case of road deaths. As this map of GDP shows, the safest countries are not always the richest.

GDP per capita by country. Map via EconGuru. 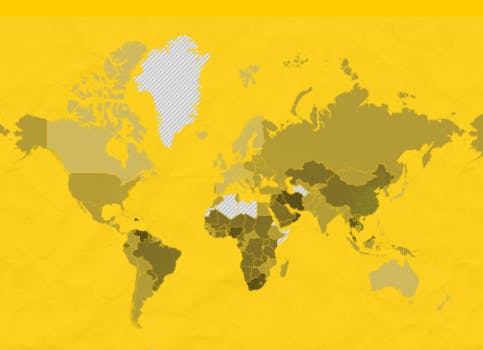 For instance, the U.S. rate is 11.4 deaths per 100,000 people, roughly comparable to that of Argentina or Croatia.

That said, the map shows driving deaths are the largest problem in developing countries in Asia and Africa. The Pulitzer Center equates these high mortality rates with a lack of traffic safety education and law enforcement. The victims, according to a report attached to the map, “tend to be poor” and are “overwhelmingly young and male.”

If the road death “epidemic” is allowed to continue, the study says, it will soon surpass HIV/AIDS, tuberculosis, and malaria as a cause of death in the developing world. Despite this fact, there is far less money devoted to curbing the problem. The online map is an attempt to raise awareness of this problem.

One interesting explanation offered by the center for why road safety is ignored is that we tend to think of road deaths as “accidents.” In other words, we think of them as an inevitable part of modern life: “Accidents happen,” as the saying goes. But, according to the Pulitzer Center, they don’t have to.

The Roads Kill map is free and open for anyone to embed online.