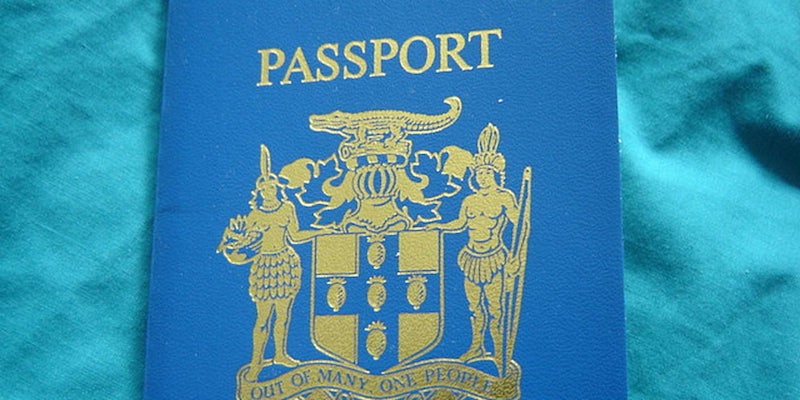 Finally, a vacation site that tells you where the hot, promiscuous ladies are

It's what Hemingway would have used.

Lulu, a ladies-only that allows users to review the romantic potential and overall quality of their male Facebook friends in Yelp-like fashion, has caused a bit of consternation, as it was no doubt designed to. Clearly gunning for the same sort of negative attention and criticism is Girls On A Map, a Web service through which you can plan a vacation around the possibility of a fling with an attractive local woman. In other words, museums and eco-tourism are so over.

Ready for the creepy part? Girls On A Map is entirely user-driven, so it only works if you upload photos of women—from your area or living wherever you’ve been abroad—without their knowledge or consent. Then other guys can rate their attractiveness and contribute to the accuracy of a city’s “hot factor.” Don’t worry, it’s “100 percent anonymous”! For the men, that is. 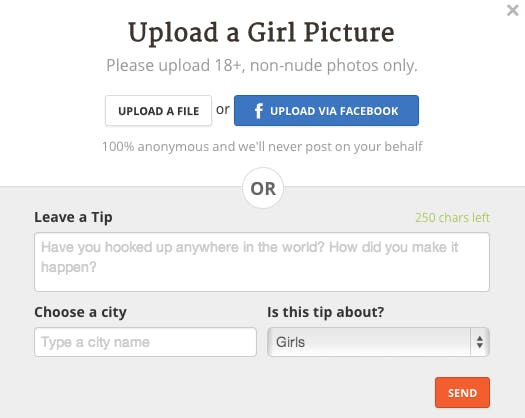 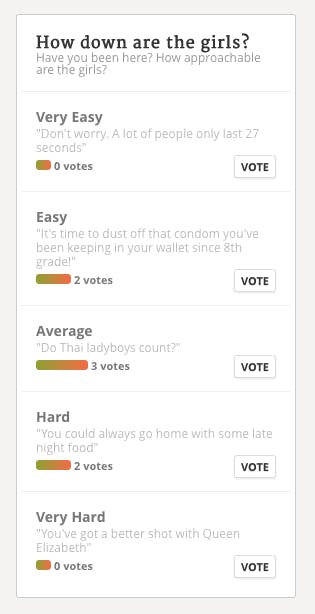 But lest you think it’s all cold, quantitative analysis of the fairer sex—no word yet on whether we can expect a gay or gender-flipped version of this site—rest assured that Girls On A Map allows for open-ended feedback as well (you could also visit Reddit for this input). A visitor to Reykjavik, for example, issued this warning about Icelandic beauties: “They all speak English and three or four other languages. So dont think your [sic] gonna harp on some dumb blonds because that is certainly not the case. I have seen an American soldier try and be a smart ass towards a girl and she punched him in the face.” 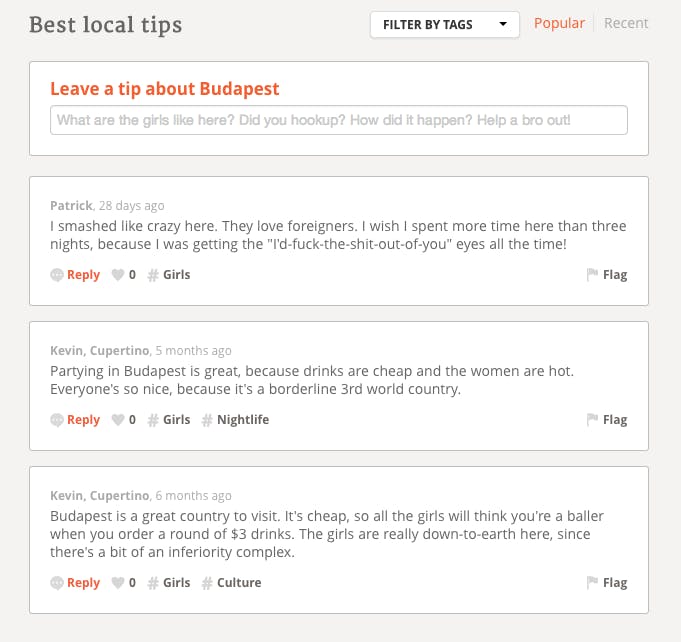 Finally, you can secure some recommendations as to the bars and clubs where you’re sure to meet one of the handful of pretty women featured in connection with a given city. Or someone who looks just like them. Whatever, who cares: you’re a thrill-seeking American bachelor! It’s not like you’re planning to remember anyone’s name. Just lay on that cowboy charm and let the evening take its course. At least you’re not bribing anyone into bed—are you?