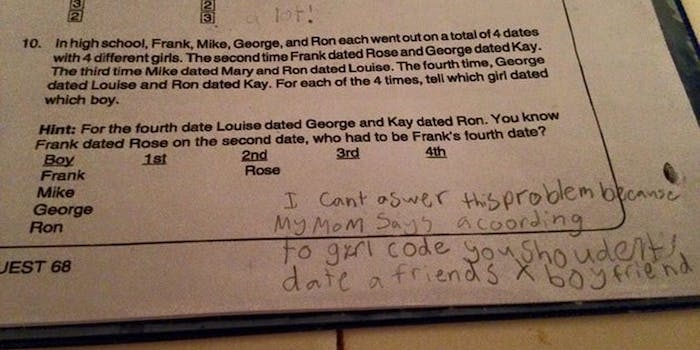 Imagine you’re given a list of four boys and four girls. You’re told that each boy went on a date with each girl, and are given the combinations of some of the dates. Now, tell us exactly who dated whom?

If you’re fourth-grader Maddy, you keep your mouth shut. According to her logic, she shouldn’t even be asked to answer this question, because “girl code” prohibits girls from dating their friends’ exes. 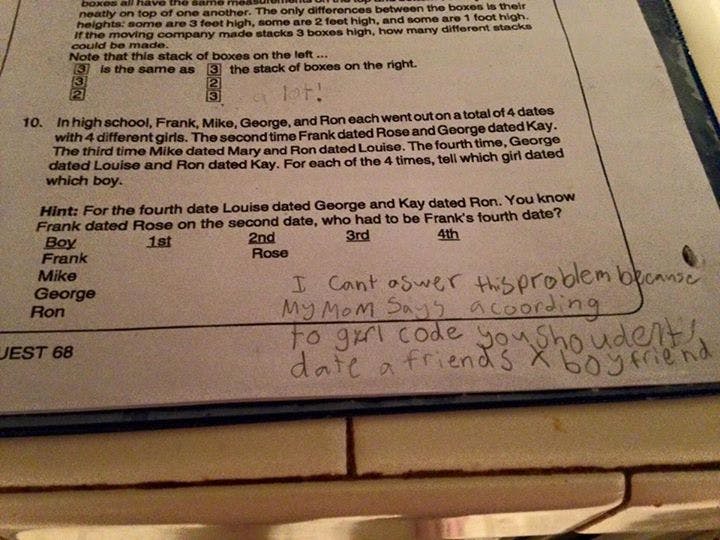 Jenn Morrison Douglas, Maddy’s mother, posted the photo of her test on Facebook, where it started racking up comments. Some were proud of Maddy, but the conversation quickly turned critical of the Common Core and questioned whether a question about dating was appropriate for a fourth-grader.

Douglas told the Huffington Post that her “first reaction was it was not an appropriate question for a fourth-grader or really any grade.” Which, sorry parents, nine-year-olds definitely know what dating is already. As one commenter pointed out, “If the daughter has already learned ‘girl code’ then I see no issue with a math problem that mentions dating.”

Also, let’s just agree that you should definitely talk to your friends before attempting to date their exes, regardless of your gender identity.

Now, if you were wondering, the answers to this dating Sudoku are: 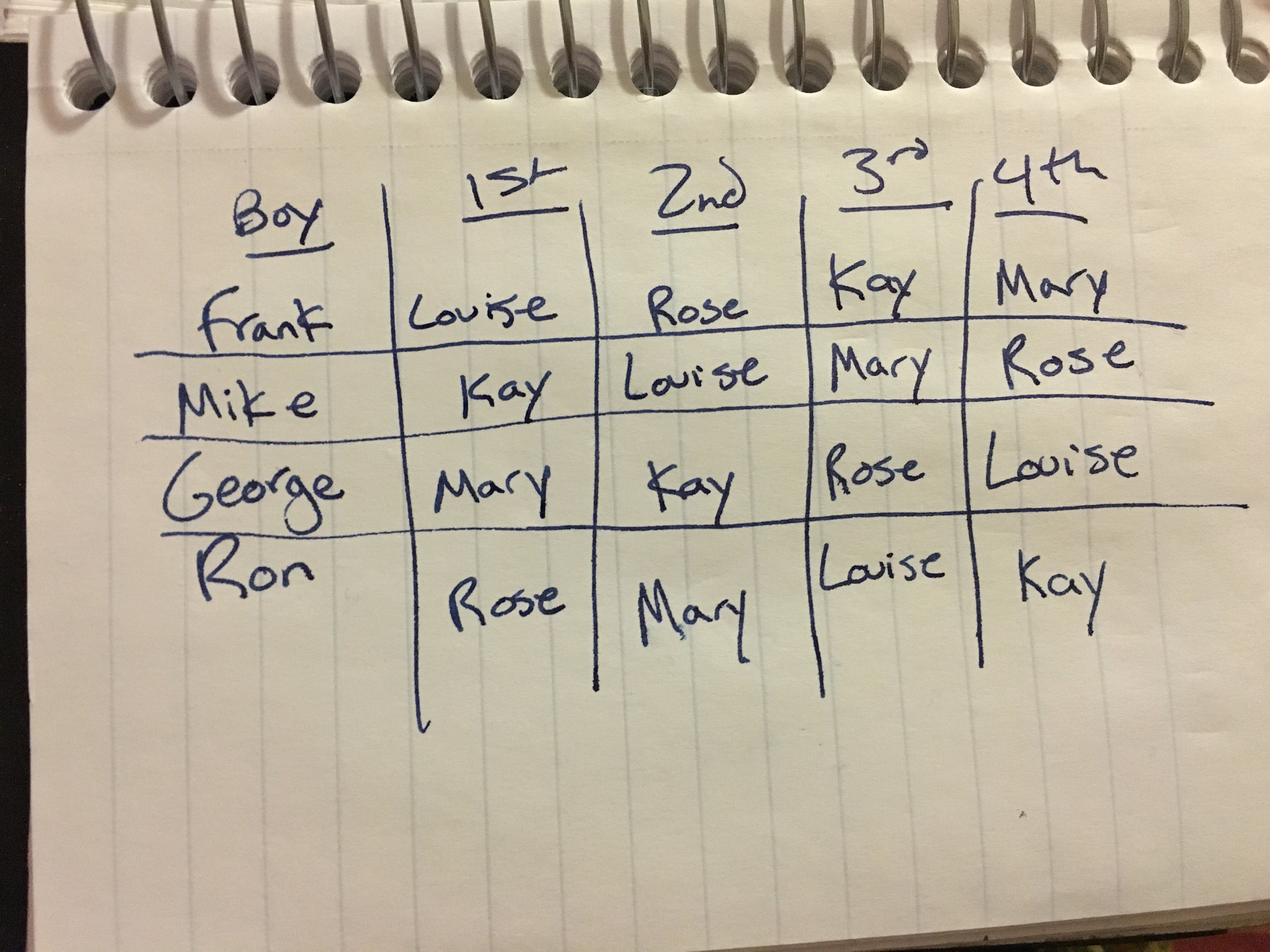