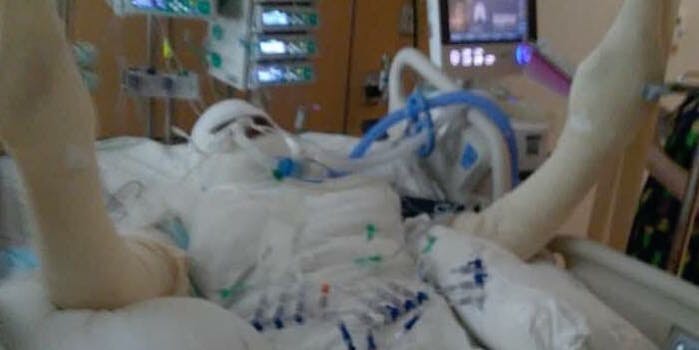 Over 49 percent of her body was burned.

After participating in the viral YouTube #FireChallenge, 12-year-old Detroit native Timiyah Lander was left with severe burns on over 49 percent of her body. The challenge requires those who attempt to cover themselves in flammable liquid and record themselves being set on fire. Lander tried the fatal challenge at her home with two friends while her mother, Brandi Owens, was napping.

Owens recalls hearing a “loud explosion” from another room, subsequently disrupting her nap. Within an instant, she notes that her daughter was running down the hallway screaming, engulfed in flames.

Lander’s stepfather immediately picked her up and put her in the bathtub where he sprayed her with water in an attempt to settle the flames while Owens tried to rip the burning clothes away from her daughter’s body.

There was initially no indication of how she may have become set on fire until Lander’s friends admitted to testing out the #FireChallenge that they had seen on YouTube earlier. While most who dared to attempt the challenge used rubbing alcohol to ignite the flame on their body’s, Lander is believed to have used a Bath and Body Works scented spray instead, reported Daily Mail.

After rising to prominence around 2013, the #FireChallenge has sparked a slew of fatal mishaps including a Lexington, Kentucky teenager who was hospitalized after his attempt and one mother being arrested for helping her child complete the challenge.

Lander remains hospitalized. She is reportedly using a ventilator to breathe and is expected to make a full recovery. A GoFundMe campaign has been set up to offset the costs of Lander’s surgery.