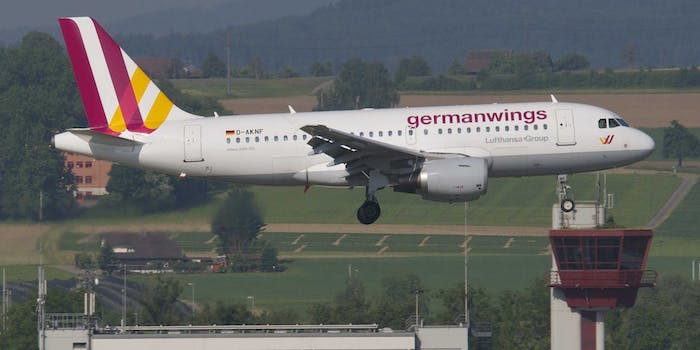 He said what everyone needed to hear.

Following the news that pilot Andreas Lubitz had deliberately crashed Germanwings Airbus A320 into the Alps, a lot of people were understandably scared to fly. But Germanwings airline passenger Britta Englisch took to Facebook to describe a touching moment she witnessed on a Germanwings flight the day after the crash.

In her post, Englisch says that this Germanwings pilot welcomed every passenger and made a short speech before taking off. He did this from the cabin in person, not from the cockpit over the public address system.

The pilot said he and the crew were “queasy” about having to fly that day, but that everyone had voluntarily agreed to show up. He talked about his family and said he’d be doing everything he could to ensure he saw them again that night.

Although the speech was short and simple, the pilot was clearly saying what everyone was already thinking. The speech resonated with the frazzled passengers, who gave the pilot a round of applause before takeoff.

Here’s the full English translation of her post, via Buzzfeed:

Yesterday morning at 8:40 a.m., I got onto a Germanwings flight from Hamburg to Cologne with mixed feelings. But then the captain not only welcomed each passenger separately, he also made a short speech before take off. Not from the cockpit — he was standing in the cabin. He spoke about how the accident touched him and the whole crew. About how queasy the crew feels, but that everybody from the crew is voluntarily here. And about his family and that the crew have a family and that he is going to do everything to be with his family again tonight. It was completely silent. And then everybody applauded. I want to thank this pilot. He understood what everybody was thinking. And that he managed to give, at least me, a good feeling for this flight.

Englisch’s flight from Hamburg to Cologne arrived safely and without incident.