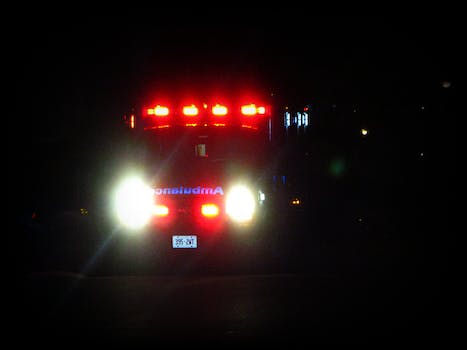 It was Halloween night, and two parents had died in a tragic car accident. Georgia State Trooper Nathan Bradley was tasked to deliver the message to the parents’ home, where their four children were waiting for them to return with more face paint. He hoped an adult was at the house, with the children.

When he found the four children alone—and that their closest relative, their grandmother, lived eight hours away—he decided to re-interpret the instructions of his orders.

He looked at the children—each in their costumes—and realized they didn’t deserve this news on a night like Halloween. When he returned to his car, to radio child services, he could’t do it—he wanted the kids to still have their Halloween. Nov. 1 was better suited for such news. He describes first meeting the children, on the GoFundMe page he set up for them:

“The sun was set and their grandmother wouldn’t arrive for seven hours. I’m nearly a quarter century old in age; I’ve never been responsible for a child’s life and suddenly I was the custodian of four. I didn’t know what else I could do, so I squeezed the talk button on my radio and asked radio to notify the Department of Family and Child Services.

I immediately fell ill. Not only would these children discover they lost both parents, but would spend their Halloween in a county jail until somebody could tend to them; it just wasn’t right. I pulled the deputy coroner to the side and told him that I was split. I wanted to preserve these kids’ Halloween and the ones to come. I suggested that I’d care for them until their family was able to. Being a retired commander with the state patrol, I desired his approval, which he eagerly gave.”

The trooper decided the best course of action would be a trip for burgers and fries—stopping at both a McDonald’s and a Burger King, which satisfied the kids’ different requests, and also bought some precious time while they awaited their grandmother’s arrival. He then gave them a tour of the station, keeping them as distracted as possible. They knew their grandmother was on her way—they didn’t know why, though. Bradley described on the page:

Grandmother arrived just before dawn. We discussed the mechanics of the crash, her role as their guardian and options availble [sic] when it comes to funeral arrangements. We both agreed that it would be best for the children to finish sleeping and to be told of their parent’s fate the next day. We hoped that they would then relate the tragedy to November 1st, rather than Halloween.

Wanting to stay involved in the kids’ lives, he wrote his number on a trooper ball cap, telling the eldest to never change. When the boy called Bradley to talk, the trooper was thankful that he felt comfortable speaking to him. The boy mentioned a total of $7,000 required to transport his parents’ remains to Florida, where they’d move in with their grandmother (and be forced to leave their six dogs behind).

That’s when Bradley immediately set up the GoFundMe page, hoping for a miracle—$7,000 is a lot to raise on short notice.

Overwhelmed with gratitude, Bradley informed donators that everything over the initially sought-after $7,000 would go in a family organized trust fund. It would provide the children the necessary funds for each to afford higher educations after graduating high school (the parents had previously home-schooled the children—and extremely well, according to Bradley’s observations of their maturity and intelligence—and their arrival in Florida would be their first time inside a school building).

In case you’ve missed the links, you can donate to the GoFundMe page that Bradley set up right here.

Again: That page is right here.