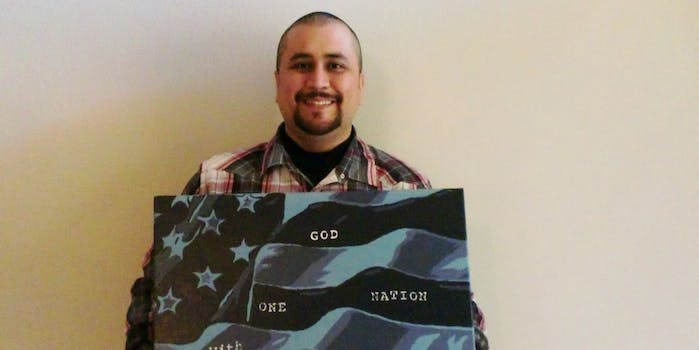 Someone’s paying $100,000 for a painting by George Zimmerman

An original painting by George Zimmerman is selling for $99,000 on eBay less than a day after he put it up for auction.

Zimmerman, who was found not guilty in the shooting death of 17-year-old Trayvon Martin, is selling a 18″ x 24″ painting of an American flag with the words “God, One Nation, with Liberty and Justice For All” on top.

“I found a creative, way to express myself, my emotions and the symbols that represent my experiences,” Zimmerman wrote in the product description. “My art work allows me to reflect, providing a therapeutic outlet and allows me to remain indoors.” (Click to enlarge.) 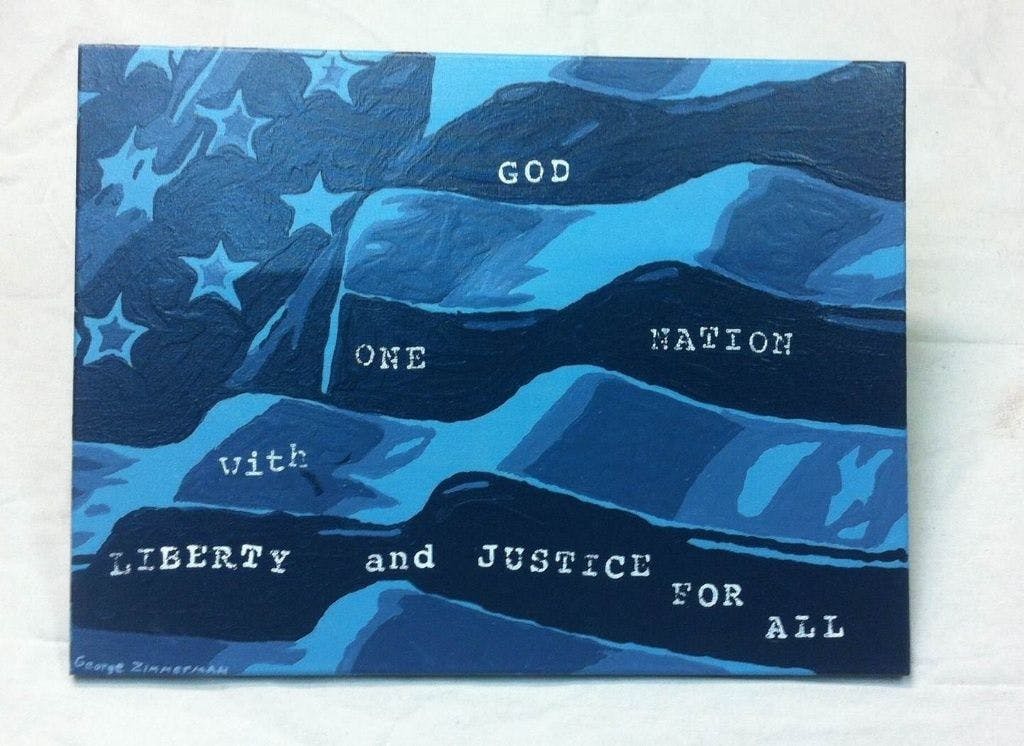 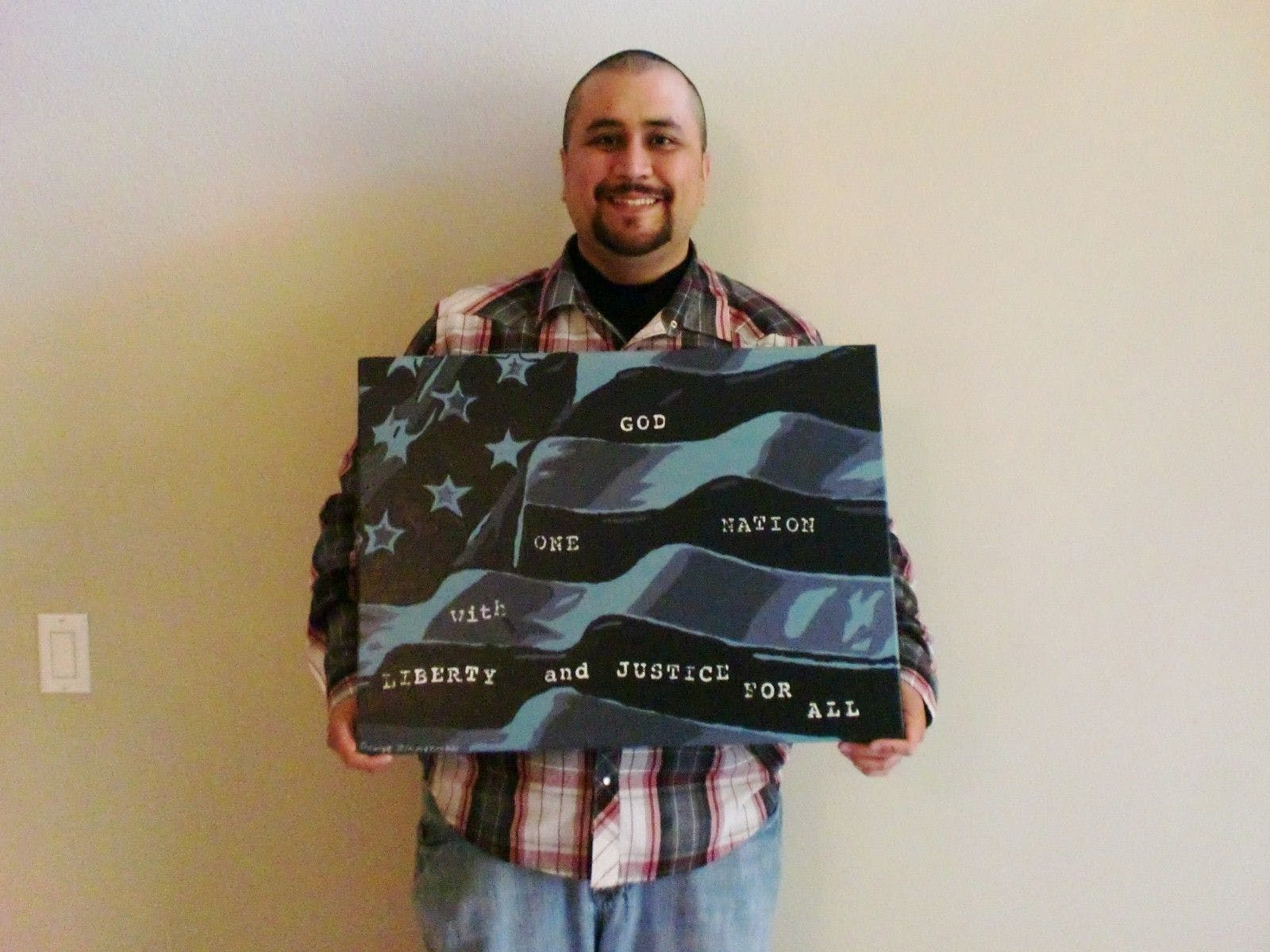 Zimmerman’s message of “justice for all” is sure to provoke his detractors, who were shocked at the verdict in his trial, and believe there was no justice for the families of Zimmerman’s teenage victim.

Despite being found not guilty, Zimmerman’s legal troubles have continued.

In September he was detained by police after his wife claimed he threatened her life. She did not press charges. In November Zimmerman was arrested “for allegedly pointing a shotgun at his girlfriend and pushing her out of her house as he packed to move out,” USA Today reported. The girlfriend, Samantha Scheibe, requested the charges to be lifted.

One of the top eBay bidders on Zimmerman’s painting has a feedback score of 380, an indication that the bid is likely legitimate.