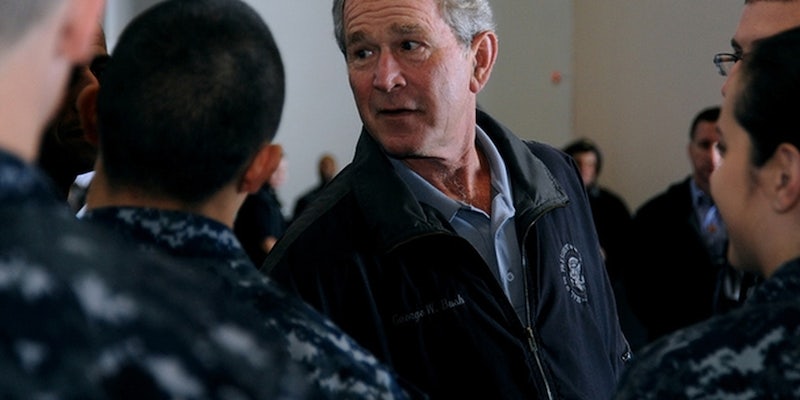 George W. Bush does the ice bucket challenge all wrong

You're next, Bill Clinton.

Over the past couple weeks, everyone from tech CEOs to celebrities and politicians (not to mention countless other people) have been doing the ice bucket challenge to bring awareness to and raise money for ALS (or Lou Gehrig’s Disease). President Barack Obama has decided to forego dumping ice on his head, and instead donated $100 to an ALS chairty event. But another president is getting in on the frigid trend.

George W. Bush has received numerous nominations for the ice bucket challenge. But at first, he only wants to donate to the cause. (Thanks, Obama.)

“I do not think it’s presidential for me to be splashed with ice water, so I’m simply gonna write you a check,” he says. Laura Bush, however, has other plans—and for that, we thank her.

If only she would have thrown some ice in that bucket. But hey, maybe it just melted.