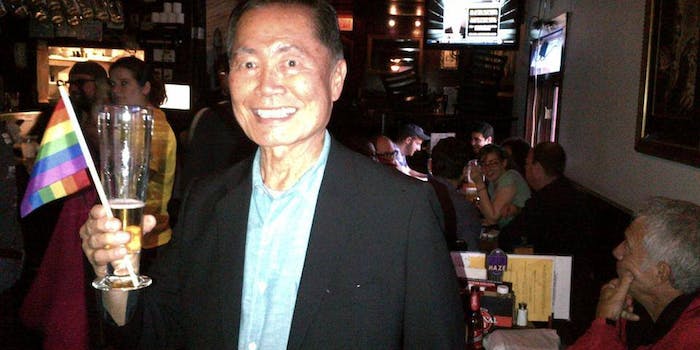 Humor columnist Rick Polito is best known for his hilarious, one-line synopsis of Wizard of Oz.

Internet comedy can be a tough gig. When your popularity depends on how many shares, likes and tweets you get—things can go from viral one day to not even a blip on the radar the next. And according to Rick Polito, it can simply vanish as fast as a bad case of flatulence.

“Internet fame is like the fart in the elevator of fame,” he said. “Everybody knows who you are in that elevator for a minute, and they might even smirk, but as soon as the elevator door opens your fame evaporates as quickly as that fart.”

Polito is most well-known for his one-sentence quip about The Wizard of Oz, which received Internet infamy on Reddit and inspired thousands of tweets. 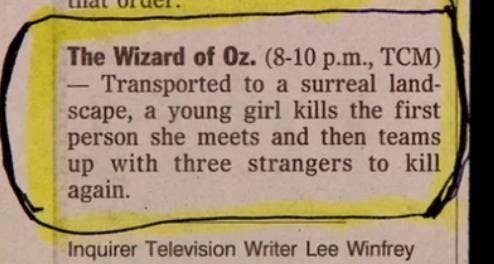 The self-proclaimed “stoner in high school who won a National Merit Scholarship” is responsible for some of the most sharable posts on the Internet—including some Facebook entries by social media giant George Takei.

His signature style can be seen in these short TV descriptions here:

“Carrie”? A young girl suffers an awkward moment at her high school prom. (1976)?

“Babe”? The enchanting tale of an orphaned pig raised by his barnyard comrades and? loved by children as “Babe, The Other White Meat.” (1995)

“Pinnochio 3000”? This time Pinnochio is a robot. His nose doesn’t grow when he lies, but? he does send an error report to Microsoft. (2004)

Those summaries came from his time at Marin Independent Journal in California, where he worked as a features reporter and a syndicated humor columnist from 1991 to 2007. Between feature stories, he would write some of  short TV synopsis to run in the paper and inject his own humor. The Oz joke was published in 1998, but it didn’t gain popularity until 2012, after an appearance on the The Tonight Show and Reddit.

Overnight, his joke about a murderous Dorothy became an Internet sensation—except he wasn’t getting any of the credit. Because of how the image was cropped, the joke was credited as being written by Philadelphia Inquirer’s Lee Winfrey. The image received nearly 42,000 shares and 96,258 comments once it was posted on George Takei’s Facebook page. Polito said that he tried to set the record straight about him creating the joke, but the virality of the post just made it too difficult to get above the noise.

“Popping in every few hundred likes, I would say, ‘Hey, I wrote that!’ But it doesn’t matter because it just gets swallowed up,” he said.

Jim Romenesko contacted him and asked if he did indeed author the post. Romenesko featured Polito on his blog after learning the truth, and George Takei’s team followed suit by going back and giving Polito credit for the post.

Unlike other major Internet content-creators and personalities who have made a career of their craft, Polito has yet to fully capitalize on the creativity that has sparked so many viral outbursts. This conundrum has left Polito pondering the question: How do you turn Internet fame into a tangible commodity?

Polito, a former Daily Dot columnist, currently contributes to the Pacific Sun. More recently, he’s started ghost-contributing to George Takei’s Facebook page, writing jokes for $10 a pop. The social media team for the former Star Trek star has used “a couple dozen” of the memes Polito sent them but plenty more were rejected.

“I don’t have any hands-on connection to the page,” Polito, a stay-at-home father in Boulder, Colo., clarified, adding that he he mostly does it because of the reach his jokes can obtain from appearing on the page. When Takei shares content from Polito’s page, it can have major results, like 3,000 new fans on his own Facebook page.

“I would never have been that noticed without Oz and Takei. People love him for a reason; he is just a really nice guy.”

So, what does an Internet superstar do when Facebook shares don’t pay the bills? Polito is currently promoting his sci-fi children’s book, Dark Shift, which he describes as  “Buffy the Vampire Slayer meets Mad Max at The Breakfast Club,” and he has developed a children’s storytelling app called Shake-n-tell.

But his ultimate goal is to turn his knack for creating Internet humor into a full-time gig. With each burst of Internet stardom, Polito gains just a few more followers, a few more tweets, and another few minutes in the fart-filled fame elevator.

Here’s hoping that proverbial elevator gets stuck between floors and his moment lasts more than a few stinky seconds.