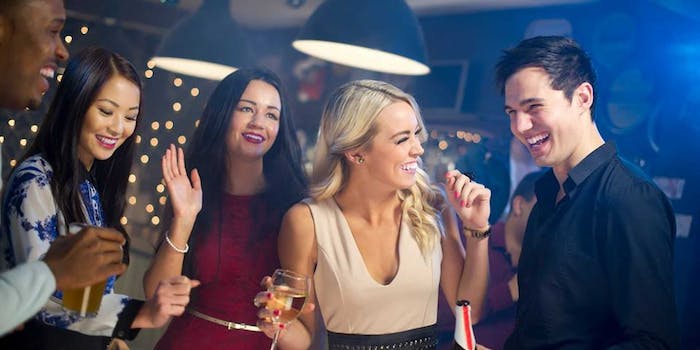 A new site called FriendsForHire is exactly what it sounds like

Lonely? Know how to use the Internet? Get yourself a friend for the day!

If you’re a lonely Australian resident or just someone looking for a concert or hiking buddy, a new website could help pair you up with a real-life friend.

Friends for Hire is set to launch on March 22. The idea behind the friend-finding service is to give terminally shy users the gift of IRL companionship on a night-by-night basis—or longer, if the chemistry is there.

“Every member and friend [relationship] is going to be different, depending on what their needs are,” Josh Blundell, one of the site’s three co-creators, told WA Today.

Users pay a weekly fee of $5 to access the site. The professional friends (I’m assuming that’s their title) can charge up to $60 per hour for friendship. According to WA Today, over 1,500 people have already pre-registered for the service.

There’s just one catch: You are not allowed to touch the other person.

“It’s definitely not a dating website. It’s for people who are lonely, without the expectation that things will move beyond a platonic friendship,” Blundell said. Besides, there are plenty of sites out there already for such encounters.

While it may be revolutionary to the Land Down Under, the “rent-a-friend” concept has already been imagined in the United States. For starters, there’s Craigslist. There’s also the very honestly named RentAFriend.com, which was launched in 2009 and has over 500,000 subscribers. A monthly access fee of $24.95 is charged to use the service.

Of course, if you are really, truly desperate—and broke—you can always turn to “Sam,” the original “Rent-a-Friend” created by Chicago TV personality Ben Hollis in the 1980s. Warning: This video, which was originally produced for VCRs, is unintentionally terrifying and increasingly uncomfortable.