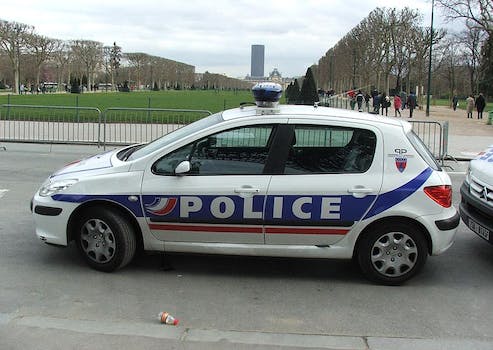 A Paris police officer has been killed and another has been wounded in a shootout in the southern Parisian suburb of Montrouge, the day after terrorists killed a dozen people and injured eight more during a shocking raid on the offices of the French satire magazine Charlie Hebdo.

A witness at the scene of the attack told The Mirror that it occurred around 8am Thursday morning when he was awoken by the sound of gunfire outside of his home.

“There was an officer in front of a white car and a man running away who shot,” another witness, who saw the attack from inside his home, recounted to CBS News. “It didn’t look like a big gun because he held it with one hand.”

Law enforcement officials soon arrived on the scene. During the ensuing engagement, two police officers were shot, one fatally, and one of the two suspects was arrested; however, the other remains at large. RT notes that the description of the suspect given by eyewitnesses does not match those of the two Charlie Hebdo attackers currently wanted by police.

A second person seriously injured in attack in suburb of Montrouge, south of Paris. No link made with #CharlieHebdo. pic.twitter.com/CLJhEA7UCd

Another shooting in Paris… A gunman has killed a policewoman in #Montrouge http://t.co/xK9h63TThv #mapping @agenceIDE

The Telegraph reports that French Interior Minister Bernard Cazeneuve has warned against making any direct links between this incident and Wednesday’s Charlie Hebdo attack.

As the search for the Charlie Hebdo attackers continues, much of the country remains on edge.

A mosque in the French city of Le Mans was attacked with several grenades overnight. There were no injuries, as most of the incendiary devices thrown at the building failed to explode. A bullet hole was found in one of the building’s windows.

Photo via Krokodyl/Wikimedia Commons (CC BY 3.0)