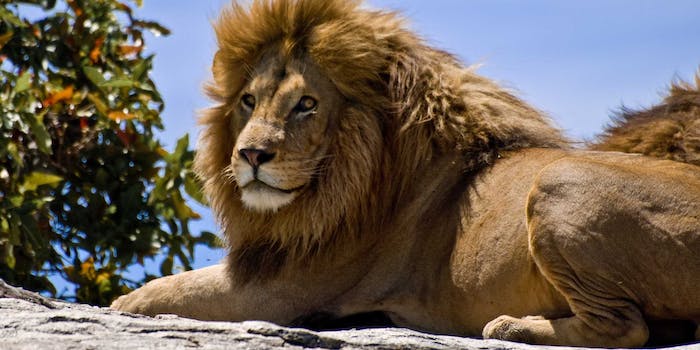 Will is having the best day.

If you were ever in any doubt that wild animals should not be kept in captivity, this heartbreaking video of a circus lion will change your mind.

The lion, Will, was kept in a tiny cage for 13 years before being released into the Rancho dos Gnomos Santuário in Brazil. For the first time in his life he got to play on natural soil and grass, pawing at the ground in disbelief before leaping happily around his new enclosure.

After just a few seconds of confusion, you can see him beginning to act like a playful kitten—despite being a pretty old guy in lion terms.

Animal rights organizations like PETA regularly protest the practice of using exotic animals in circus acts, for reasons that should be abundantly clear. There’s really no way to defend imprisoning a lion like this for 13 years.

Photo via wwarby/Wikimedia (CC BY 2.0)