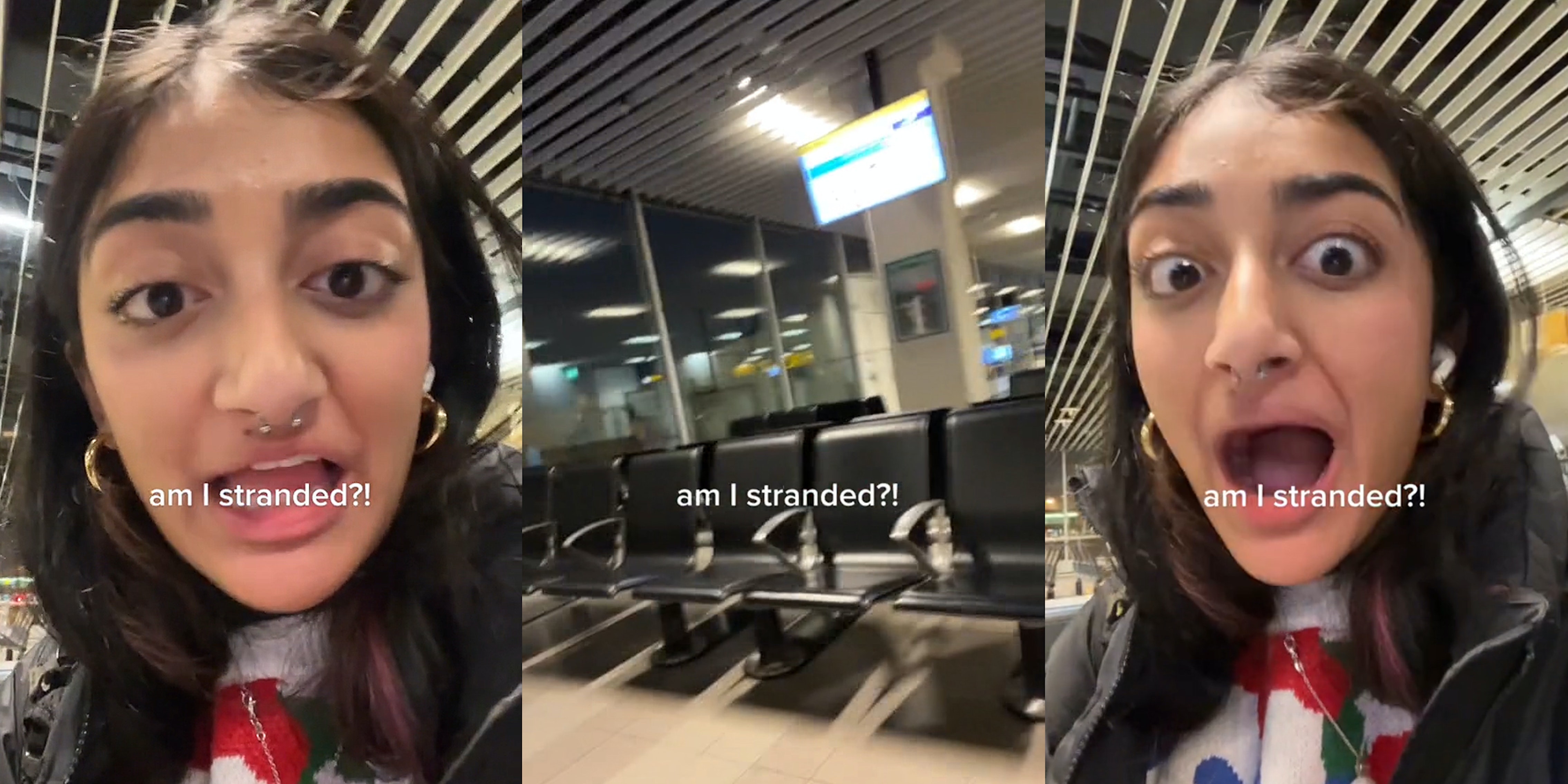 ‘Am I the only one on this f*cking flight?’ Woman shares horror story of booking a flight on a discount site

'The plane was on fire I think.'

A TikToker has gone viral after showcasing an empty flight gate on the video-sharing platform while claiming she booked her ticket on a discount travel site.

In a video with over 18 million views, TikTok user Komal (@meowkn) filmed herself saying, “Never book a plane on a coupon site, because bitch, tell me why, the boarding starts in an hour, the gate is empty, and the plane is here.”

In the video, the TikToker claimed she’s never heard of the airline company providing the flight: “Bitch, I’m flying with Flybe, what is Flybe, I’ve never heard of Flybe,” but also pointed out she opted to fly with them anyway because the ticket only cost her $100. She also pleaded with her viewers to keep an eye on the flight, which was destined for London Heathrow, because she was “terrified.”

Commenters were quick to point out the perils of booking outside of trusted sites, as well as crack jokes at her expense.

“Girl this isn’t a deal or bargain this is a test ride,” a user wrote.

Flybe, a UK regional carrier, did declare bankruptcy in 2020 but has since resumed operations as of April 2022.

In a follow-up video, the TikToker claimed that not only did the pilot not know where the flight was headed, and that the airline didn’t have a gate, but that the plane allegedly caught fire. The Daily Dot contacted the airline Flybe to confirm or refute these allegations but has yet to receive a response.

In the comments section, viewers shared their personal experiences with Flybe.

“My ex is a pilot at Flybe and yes, the company is not doing great… their planes are always almost empty,” one commenter alleged.

“Omg i was on flybe and i thought i was gonna die girl,” another commenter shared.

“Nah our plane smelled like burning too. It was awful but it was fine,” a third commenter claimed.

The Daily Dot has reached out to Komal via Instagram direct message and Flybe via press email.