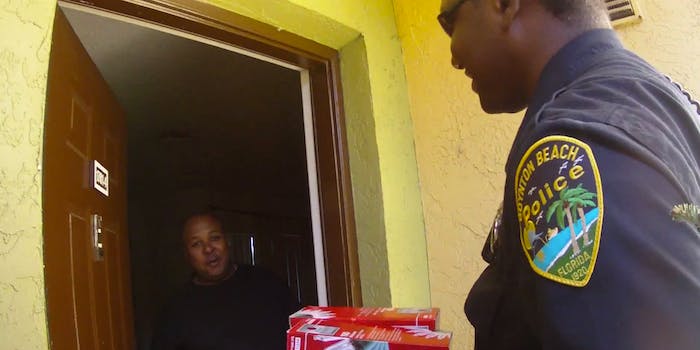 Police respond to accidental 911 call with an early Christmas present

An accidental 911 call has a happy ending.

Christmas came early for one deserving family after police visited their home for a 911 hang-up.

Barry Ward and Terrence Paramore, two officers with the Boynton Beach Police Department, were sent over to a home after receiving a 911 call. After talking with the family, they found out that the family’s 3-year-old daughter had accidentally dialed the number while playing with the telephone. They also learned from young girl that they weren’t going to have a Christmas tree this year.

The officers got together and sprang some funds for a tree and some trimmings for the family. Heading back to the apartment the next day, they were ready to surprise the family with an early celebration.

The children’s faces say it all.