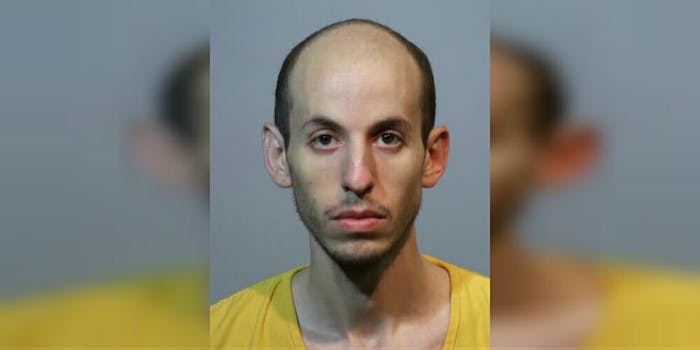 A man in Florida was arrested on Monday for allegedly shooting and killing both of his parents and his brother over a conflict about a cam girl; he had reportedly stolen $200,000 from his family to send to her.

Police arrested Grant Amato, 29, on Monday, four days after he allegedly killed his mother Margaret Amato, 61, his father Chad, 59, and his brother Cody, 31. According to the arrest warrant affidavit from the Seminole County Sheriff Office, Cody was with his girlfriend, Sloan Young, on Thursday night when he received a call from his dad asking him to come home because something was wrong. When he didn’t arrive to work the next morning, his girlfriend and coworker asked law enforcement to go check on the family.

After no one responded to knocking or even an air horn, a Sheriff’s deputy was able to open the back door by using a knife on the deadbolt. Inside they found both parents had been shot in the head. Amato’s brother, Cody, was found dead in a garage storage room.

According to the affidavit, evidence quickly mounted that the most probable suspect was Amato. Young told an investigator that Amato had been having problems for several months, starting in June when he was arrested for stealing vials of the sedative Propofol from the hospital he worked at. No charges were filed, but he lost his job, moved back in with his parents, and reportedly began obsessively communicating with a cam girl located in Bulgaria.

When he finished rehab, Amato’s behavior hadn’t changed. According to the affidavit, the family gave Amato rules he would have to follow to continue staying in their home, including that he could not communicate with the Bulgarian woman. While he initially agreed, it was discovered on Thursday night that he’d continued communicating with her in secret.

When police arrested Amato on Monday, he told them that his family had kicked him out when they discovered his secret messages. He denied being involved in the deaths of his family members, but said he “might as well be blamed for this too.”