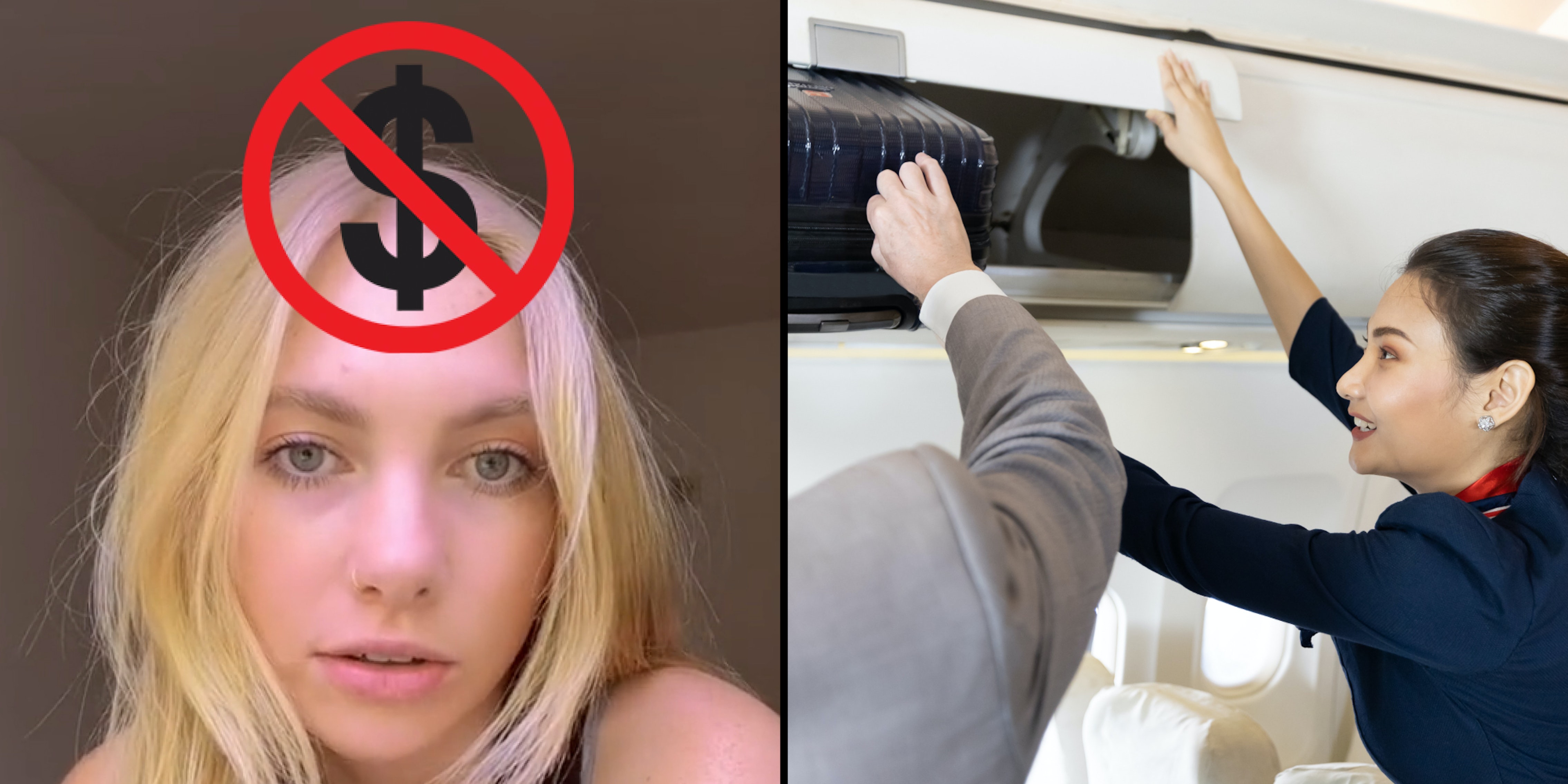 ‘We have nothing to do with it’: Ex-flight attendant reveals they don’t get paid for ‘the worst parts of the job’ in viral TikTok

'It's time to spill some tea.'

There are hidden mandates or duties even in common jobs that the general public is not aware of until someone who does that work speaks out. Social media makes doing so increasingly easy these days.

One disgruntled, apparent former flight attendant shared her least favorite parts of the job, and also shared some things people might not know about the industry via TikTok.

In the video, the creator @takigirl says that she was a flight attendant for seven years but things recently came to head. She does not say what airline she worked for, and her Instagram and TikTok videos do not give any details.

The first bit she shared was that flight attendants don’t get paid for the boarding or deplaning process, the only time they get paid an hourly is while they’re in the air—even when there are hours-long delays, she said.

She also says that one of her last straws in the industry was only being able to call out sick two times per year. And that anything more gets you a verbal warning. She said that when her husband contracted COVID-19, she called to ask what the protocol is after coming in contact with him. She said that she was told to return to work because she was vaccinated. After arriving at her destination, she said, she “felt like I got hit by a truck” and had to quarantine alone for 10 days in another city.

This video was seen over 450,000 times and people left comments, some leaving messages of support while others called her ungrateful. “Be grateful, alot of people would love your job,” one person commented on the video. Another person wrote, “thank you for being willing and able to assist with spilling this tea. Someone needed to say it.”

The creator has gone on to make more videos about her experience as a flight attendant that saw lots of support from people leaving her encouraging messages.