The YouTube channel Simple Pickup is hiding $10,000 in a bunch of rubber vaginas throughout L.A.

Who, you might ask, would sponsor such a scavenger hunt? You might not be surprised to learn that it’s Simple Pickup, the male PUA organization that brought you such charming, sex-positive, female-friendly videos as “Massaging Random Hot Girls” and “How to Pick Up Black Girls!”

For every 100,000 views on the #Fleshcash video above, the boys will be hiding another Fleshlight with $100 in it. They’ll reveal the locations of all the pocket pussies on Oct. 25. 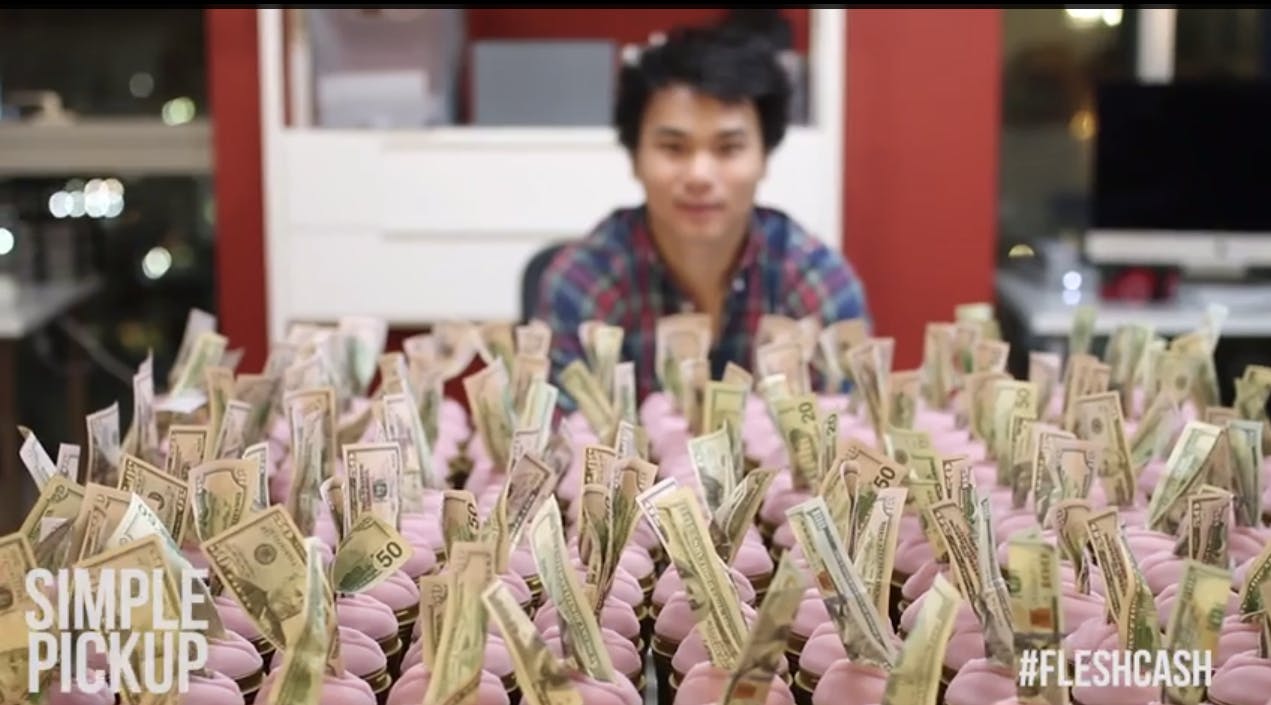 I’m having four immediate reactions to this project:

1) This is probably a hoax.

2) If it’s not a hoax, some lucky dude has probably found all of these already, and is LOL’ing it up/having a really good time with his 200 new friends in his apartment right now.

3) If it’s not a hoax, stuffing cash in a bunch of disembodied vaginas and hiding them throughout a major metropolitan area is definitely a sexist and offensive thing to do.

4) Am I a bad feminist for thinking this is actually kinda funny?

Happy huntings, Angelenos. And if you happen to stumble across what looks like a foot-long heavy-duty industrial flashlight on your travels, remember to use lots of lube.