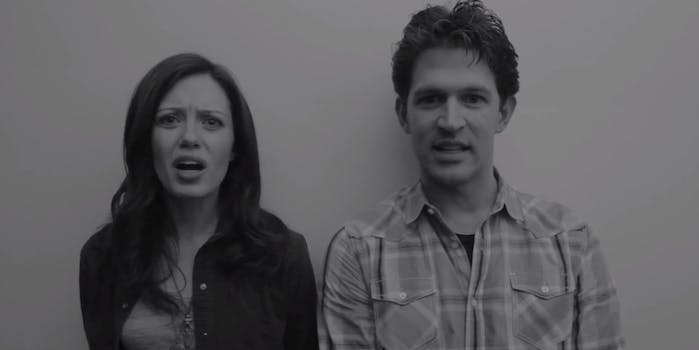 This is every relationship, summed up in 5 minutes

If 99 percent of your relationships are going to end like this, can't we just get 'em over with in five minutes, anyway?

YouTube production crew Restless Short Films‘ latest, “A Relationship in 5 Minutes,” is the most self-explanatory video you’ll watch all morning. It details the full course of a romantic relationship in five minutes; from courtship through—a little too quickly, for all parties, really—first intercourse, and eventually the meeting of parents, the complaints concerning toothpaste, and the treacherous, uncomfortable final act.

Improv specialists Autumn Stein and Matthew C. Flynn are the couple behind the clip. It’s safe to say they’ve played out a few of these scenarios before in their private lives, whether it’s the meeting of each other’s friends, the declaration of “believing in fate,” the threat of online dating, or the eventual post-breakup sex.

It’s enough to make you think: If 99 percent of your relationships are going to end like this—in a fit of rage backed by a soundtrack of strenuous pianos—can’t we just get ’em over with in five minutes, anyway? What’s the holdup? Why’d I have to date that girl for 11 months to learn that she’s a filthy slob who doesn’t like threesomes?