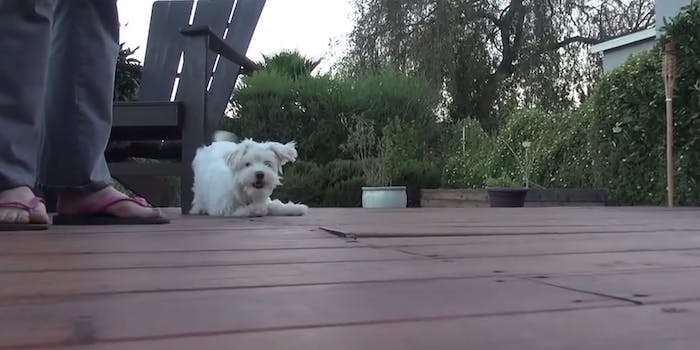 Finn’s a homeless dog. He’d been abused and neglected and was now living along the side of the railroad tracks. His life is about to change.

Finn’s a homeless dog. He’d been abused and neglected and was now living along the side of the railroad tracks. So a crew from the Hope for Paws  non-profit recently came to get him, working their way through a chain-link fence with a rescue leash—a rescue they filmed in its entirety.

Finn at first acts resilient but eventually calms down, heads back to the Bark N’ Bitches compound for a shower and recuperation period.

The news gets better, as we discover later in the clip that Finn got adopted by a forever home—one with a porch and tiki torches and nice looking owners who wear sandals.

Finn’s rescue is one of many Hope for Paws has managed to pull off over the past 12 months. You can find the rest, some of which have been viewed upwards of 4.6 million times, on the group’s YouTube page.