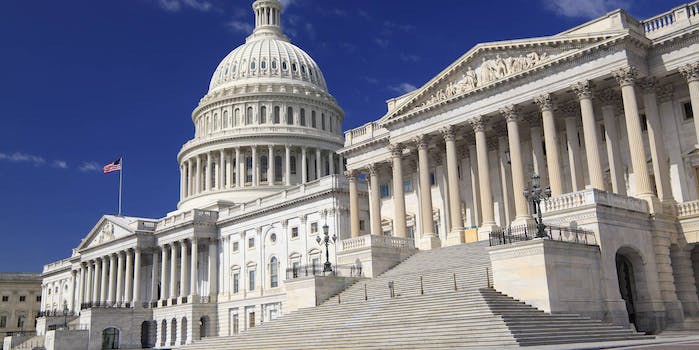 The blocking of the Zika bill is actually about Planned Parenthood

With #FightZikaNow, Republicans are blaming Democrats for the block, when it's really about the bill's provisions.

Tuesday, Senate Democrats blocked a bill that would have provided $1.1 billion to fight Zika, which seems a little out of character for the party. Republicans have been quick to jump on the “now Democrats are the ones not doing their jobs” train, urging their opposition and the public to #FightZikaNow.

But Democrats say the reason they blocked the bill is that Republicans snuck in a bunch of provisions that, among other things, would have restricted women’s access to contraception.

“The bill includes an ideological rider blocking access to contraception for women in the United States, including women in Puerto Rico, even though this is a sexually transmitted disease,” said White House Press Secretary Eric Schultz.

The federal spending bill would have provided funds to private health organizations, public health departments, and hospitals, and would have provided public health plan reimbursement for Zika treatment. However, it also seems to mainly deny funding to Profamilia, the Puerto Rican branch of Planned Parenthood, where according to Helen Hare, spokeswoman for the Democrats on the Senate Health, Education, Labor, and Pensions Committee, many Puerto Rican women go for their health care.

She told Politifact, “They are a key provider of women’s health care in Puerto Rico, and women would not be able to get the kind of care they need to protect themselves.”

Planned Parenthood said in a statement, “Republican leadership have gone out of their way to refuse to put even one dollar towards family planning clinics in the midst of this Zika crisis. Their bill shortchanges a looming public health crisis by hundreds of millions, and restricts the types of providers, including Planned Parenthood, from helping where they are needed most.”

While arguing against the bill, Senate Minority Leader Harry Reid (D-Nev.) said, “How anti-women’s health can they make it? I will tell you that we are dealing here with pregnant women and women who want some type of birth control. The Republican conference report restricts funding for birth control provided by Planned Parenthood.”

On top of that, the bill would have weakened restrictions on pesticide use, saying that for 180 days after its enactment, the EPA “shall not require a permit” for the use of pesticides against Zika; it also would have reversed legislation that banned the flying of the Confederate flag at federal cemeteries. Perhaps more egregiously, the bill would “rescinded immediately” $543 million from the Affordable Care Act. Democrats outline their issues with the bill here.

Believe it or not, the GOP Zika bill reverses the ban on flying the confederate flag at military cemeteries. Really! Idiotic.

Republicans have now put Democrats in the position of voting against stopping a potential public health crisis, while blaming it on partisan politics. “It is really puzzling to hear Democrats claim to be advocates for women’s health measures when they are the ones trying to block this Zika legislation and its critical resources to protect women’s health,” said Senate Majority Leader Mitch McConnell (R-Ala.).

However, the whole thing may have backfired for both sides, because now people are just furious at both Republicans and Democrats for not being able to give funding to Zika research and support, a very popular thing, without it devolving into this.

hahaha and that #FightZikaNow hashtag is rich coming from you, since you've been #doingnothing about #zika for months now.