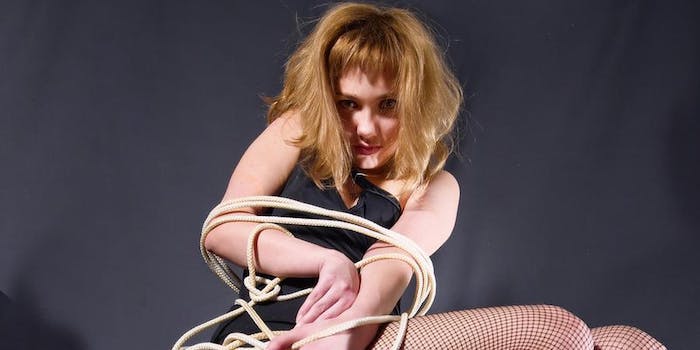 But as many users learned last February, FetLife was also the home of an unsophisticated code that left its user data vulnerable to collection and re-publication elsewhere. The incident shed light on a number of FetLife’s failures to protect its users. More broadly, the security leak was a reflection of how best practices around safety, privacy, and communication are inconsistently enforced on the site.

The most recent incident started when a man named Mircea Popescu published a blog post titled “The FetLife Meat List—Volume I,” which he promised would be the first of several posts featuring a searchable list of female-identified FetLife users under the age of 30. The list contained the FetLife users’ usernames, ages,  preferred BDSM roles, and number of FetLife friends, as well as their sexual orientations and locations. The post also included something of a preemptive FAQ about the list, in which Popescu claims the leak was motivated by a desire to call FetLife to task for “putting up the pretense of a ‘fetish for security,’” a reference to a message that shows up on the site when a user signs on for the first time.

While Popescu’s claims about FetLife’s lax security measures were valid, his decision to target women under 30, identify them as “meat,” and bemoan the “alleged abundance of tail” on FetLife in the post belies less than noble motives. But because he wasn’t actually breaking a law by leaking the information, he has already posted up to Volume IV as of April 25.

Of course, Popescu is not a sympathetic character in this story. But the ease with which he exploited the site’s vulnerabilities and FetLife’s subsequent failure to take meaningful action sheds light on the site’s history of turning a blind eye to abuses of people they claim to support.

“FetLife can be hugely important to someone who is feeling isolated…‘coming out’ can be a matter of liberation.”

When discussing the FetLife information leak, many have argued in Popescu’s defense, claiming that users knew what they were getting into by sharing information with the site, as nothing is truly private on the internet. But it is worth noting that FetLife’s privacy page claims that the site has measures in place to prevent people from accessing the site’s data. The aforementioned “fetish for security” claim is one that every new user sees when they initially sign up for a FetLife account. But as the Meat List proved, these privacy claims are mostly empty promises to cover the scope of the site’s insecurities.

The Meat List leak wasn’t even the first time that FetLife user information has been leaked. In 2012, a searchable mirror site of FetLife was created that exposed user dara. Although FetLife CEO John Baku quickly claimed the proxy was blocked in a community post, there was a repeat incident in 2014 that exploited the same fundamental flaw. A.V. Flox, the editor-in-chief of the sex news site Slantist, said via email: “FetLife has chosen to paint each incident as a ‘hack’ that can be solved by issuing copyright takedowns under the Digital Millennium Copyright Act.”

Flox noted that by failing to be transparent about the issues that come with simply having a Fetlife account, Fetlife makes users believe that security threats are minor and easy for administrators to eliminate. “The more likely threat model is a script that indiscriminately copies every profile on the site—in minutes—and disseminates the information on mirror sites that might well be indexable by Google,” Flox said.

The FetLife Community Guidelines claim that the website doesn’t “accept aggressive personal attacks, criminal accusations, making fun of, trolling, flaming, bullying, racial slurs.” This has resulted in users who posted personal accounts of being assaulted by people they had met on the site receiving messages that their posts had been edited to remove usernames, with a note that “it’s really not cool” to accuse members of crimes. (Later, other FetLife users came forward with their own testimonies of being abused by the site’s members, thus bolstering the original allegations.)

Users who posted accounts of being assaulted by people they’d met on FetLife were told that their posts had been edited to remove usernames, with a note that “it’s really not cool” to accuse members of crimes.

A search for the word “drama,” for instance, pulls up a huge number of posts from users who viciously rail against members who posted assault claims as being dramatic, attention-seeking liars who should leave FetLife once and for all. A search for several racial slurs also turned up posts and groups littered with these terms. The existence of this content clearly undermines FetLife’s claims that such material runs counter to its own guidelines.

Many Fetlife users defend the site’s policy on assault accusations as a way for the site to protect users against libel, which brings up issues of which jurisdiction the site falls under. FetLife’s copyright notice lists a Vancouver address for the site but then invokes US copyright right law over the material on the site. A search for the IP address of FetLife show that the FetLife domain is registered in Scottsdale, AZ and the servers are located in Dallas, TX.

FetLife representatives did not respond to inquiries for comment on this discrepancy. But assuming the website is US-based, Section 230 of the Communications Decency Act protects Fetlife from legal liability. As the law states: “No provider or user of an interactive computer service shall be treated as the publisher or speaker of any information provided by another information content provider.”

FetLife’s Community Policy starts with the line: “Our number one priority is to create a fun and safe place for kinksters.” But it ignores the reality that sometimes, talking about safety and consent is not especially fun.

Photo via Anton Petukhov/Flickr (CC BY 2.0)