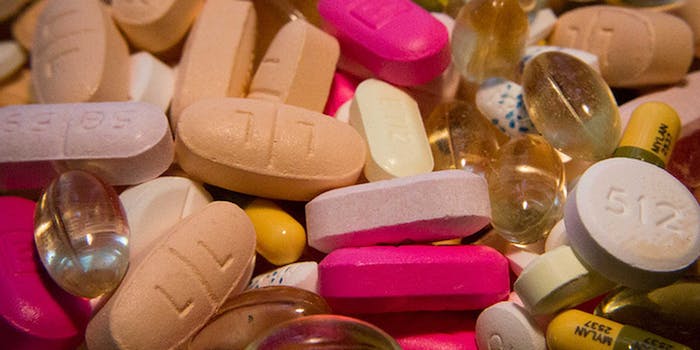 What you need to know about the so-called ‘female Viagra’

It may not actually work. It also might make you faint.

The shot heard ‘round the Web on Wednesday was that the U.S. would be getting a so-called “female Viagra.” But before women with low sex drives get too excited, a litany of risks could keep them from taking the drug.

Flibanserin, which is being marketed as Addyi, was twice rejected by the U.S. Food and Drug Administration. But on Tuesday night, the government announced that it would be giving it the go-ahead

A press release from the FDA said that the drug is meant to “treat acquired, generalized hypoactive sexual desire disorder (HSDD) in premenopausal women.”

Janet Woodcock, M.D., director of the FDA’s Center for Drug Evaluation and Research (CDER) said in the statement: “Today’s approval provides women distressed by their low sexual desire with an approved treatment option. The FDA strives to protect and advance the health of women, and we are committed to supporting the development of safe and effective treatments for female sexual dysfunction.”

But after reading the risks and side-effects of flibanserin, some women aren’t so ready to pop a pill and get ready to romp. One of the details that seems most troubling to people is its adverse effects when mixed with alcohol.

“Because of a potentially serious interaction with alcohol, treatment with Addyi will only be available through certified health care professionals and certified pharmacies,” Dr. Woodcock said in the release. “Patients and prescribers should fully understand the risks associated with the use of Addyi before considering treatment.”

“It’s interesting that the FDA made it so you’re going to have to jump through quite a few hoops to get this drug,” Leonore Tiefer, a sex therapist who has been leading the New View Campaign against flibanserin and other drugs, told the Washington Post. “They’re asking healthcare professionals to assess the likelihood of the patient reliably abstaining from alcohol. Well, that’s asking too much, if you ask me.”

Many would agree. And some are even suggesting that it’s essentially a roofie.

No, no. I want a pill that works WITH alcohol to make my partner more appealing. http://t.co/Yox4HikQ1T #Addyi

#FDA approves 'Female viagra'. Side effects: fainting, dizziness, sleepiness esp. when mixed with alcohol. So it's a date rape drug then :-/

Once it hits shelves, Addyi will be sold with a boxed warning to highlight the side-effects of low-blood pressure and fainting when taken with alcohol.

But all this worry could be for naught. According to the Atlantic, the impact of drinking while on flibanserin for women was only tested on 25 people. And 23 of the 25 were—wait for it— men.

At any rate, calling it “female Viagra” is a misnomer. The effects of flibanserin after taking one pill per day for a month, as compared to Viagra and the like for men, are very minimal. According to the FDA’s release “On average, treatment with Addyi increased the number of satisfying sexual events by 0.5 to one additional event per month over placebo.” Not exactly the equivalent of popping a pill and firing off the rocket.

But ultimately, advocates are concerned that it was approved after there were clear problems in earlier trials. According to the Atlantic:

The pharmaceutical company Boehringer Ingelheim submitted the drug for approval in 2010, though the agency rejected the application, noting that it didn’t seem to work very well for its new purpose, either. Sprout acquired the drug in 2011 and saw another rejection in 2013; this time, the FDA asked for additional safety studies and called for an advisory committee to investigate whether the risks outweighed the modest benefits.

And Public Citizen, a nonprofit, wrote on its website Wednesday that “It would not be surprising that after enough women have been seriously harmed by the “irreversible, or life threatening injuries” about which the FDA is concerned, flibanserin will have to be taken off the market. It is unconscionable that the FDA does not have the courage to prevent such damage from a drug with such a high ratio of risks to benefits.”

Before you get too psyched about upping your lagging libido, there are many, many things to consider.