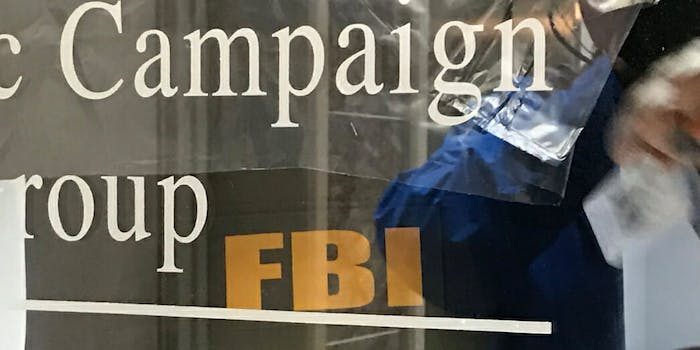 The firm's president said the FBI removed files from its offices.

The Federal Bureau of Investigation has executed a search warrant at an office of the GOP fundraising and consulting firm in Annapolis, according to various media reports.

Several media outlets are reporting that the firm is Strategic Campaign Group, although the FBI has not yet confirmed that detail. The firm is known for using technology in political campaigns and represents GOP candidates from around the country, according to WBAL.

Developing: FBI confirms agents are executing a search warrant at the office of GOP Fundraiser/Consulting firm in Annapolis

FBI officials confirmed the activity to the Baltimore Sun.

FBI spokeswoman Linday Ram told the newspaper that the investigation is being run out of the bureau’s Washington field office.

The website says it has “helped Republican candidates run for office at every level.”