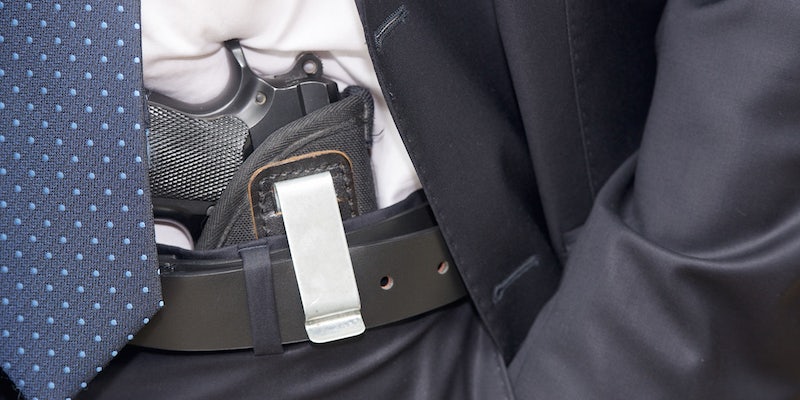 New details about FBI informants were obtained through the Freedom of Information Act.

Over a four-year period, the FBI authorized informants to break the law more than 22,800 times, according to newly reviewed documents.

Official records obtained by the Daily Dot under the Freedom of Information Act (FOIA) show the Federal Bureau of Investigation gave informants permission at least 5,649 times in 2013 to engage in activity that would otherwise be considered a crime. In 2014, authorization was given 5,577 times, the records show.

USA Today previously revealed confidential informants engaged in “otherwise illegal activity,” as the bureau calls it, 5,658 times in 2011. The figure reached 5,939 a year later, according to documents acquired by the Huffington Post. In total, records obtained by reporters confirm the FBI authorized at least 22,823 crimes between 2011 and 2014. (Totals from 2015 were unavailable when the Daily Dot initiated its records request.)

Those crimes can have serious and unintended consequences. For example, a Daily Dot investigation found that an FBI informant was responsible for facilitating the 2011 breach of Stratfor in one of the most high-profile cyberattacks of the last decade. While a handful of informants ultimately brought down the principal hacker responsible, the sting also caused Stratfor, an American intelligence firm, millions of dollars in damages and left an estimated 700,000 credit card holders vulnerable to fraud.

More recently, in 2013, FBI agents in Louisiana allegedly shot and killed a federal informant, Allen Desdunes, according to court records reviewed by the New Orleans Advocate. Desdunes, 37, reported to the bureau on a daily basis before “reneging on an agreement that had kept him out of jail even after investigators found several thousand dollars worth of heroin in his vehicle,” according to the paper. It remains unclear whether Desdunes was permitted to continue dealing drugs while providing the FBI information about his heroin supplier.

“It’s not that we’re ignoring these crimes; it’s that we’re letting the informant engage in the criminal activity for the purpose of furthering our investigation.”

In 2003, a Cincinnati man named Jesse Tuttle was arrested after allegedly breaching the computer network of the Hamilton County Sheriff’s Department. Following his arrest, Tuttle claimed he was an FBI informant paid $1,000 each time he reported a vulnerability on a sensitive government network. While prosecutors sought charges against Tuttle, the FBI remained silent, even after court documents showed he had agreed to cooperate with federal investigators two years before.

According to Michael German, a former undercover agent with the FBI who researches national security law at the Brennan Center for Justice, the way in which “otherwise criminal activity” is characterized by the press doesn’t capture the intentions of the bureau’s Confidential Human Source Program. “The program is a matter of making sure that the illegal activity an informant is involved in is actually authorized,” he says.

Most crime “requires mens rea,” says German, meaning criminal intent. “If I’m committing this activity that would otherwise be criminal, but I’m not doing it for a criminal purpose, I’m doing it for a law enforcement purpose, it really isn’t criminal activity after all.”

“You wouldn’t let [an informant] burglarize an apartment and just say, ‘Well that victim is out of luck because we want this informant to help us with a stolen car ring,’” says German, who also served as a counterterrorism instructor at the FBI National Academy.

The FBI’s boilerplate response whenever asked about its vast informant network is that the agency “strictly abides by policies established in the Attorney General’s Guidelines Regarding the Use of Confidential Informants.” But historically, that hasn’t always been the case.

A Justice Department manual issued by former Attorney General Alberto Gonzales in 2006 outlines, among other ground rules, specific procedures for validating confidential human sources; the use of monetary payments; and divides “otherwise criminal activity” into two categories based on the severity of the crime being authorized.

A “tier 2” crime, which can be approved solely by an FBI field manager, includes acts that would constitute a misdemeanor or felony under federal, state, or local law. But a higher degree of accountability—specifically, the additional approval of a chief federal prosecutor—is required for “tier 1” activities: crimes that pose a significant risk of violence; the manufacturing or trafficking of drugs; or corrupt conduct by an elected official in a “high-level decision-making or sensitive position in federal, state, or local government.”

The rules by which informants operate today, as outlined by the DOJ inspector general, originate with the “Levi Guidelines” issued by former Attorney General Edward Levi in the wake of the Church Committee investigation of the 1970s, in addition to the “Civiletti Guidelines,” later issued by Attorney General Benjamin Civiletti in the early ‘80s.

“The program is a matter of making sure that the illegal activity an informant is involved in is actually authorized.”

Extensive reforms followed the FBI Boston Field Office’s mishandling of informants, including notorious crime-boss James “Whitey” Bulger. Revised guidelines issued in 2001 by Attorney General Janet Reno established, among other measures, an informant review committee and new restrictions on when federal prosecutors were allowed to withhold details about informants from the DOJ. Reno also stripped the FBI of its ability to offer informants immunity from criminal prosecution.

“Many sources of information are available to the FBI, but confidential human sources often provide critical means of obtaining information that could not be obtained otherwise,” Matthew Bertron, a spokesman for the FBI, tells the Daily Dot. “Informants provide information of intelligence value that lead to the solution of crimes, the recovery of stolen property and contraband, the location of wanted persons, and the detection of crimes and terrorist plots in the planning stages.”

Following a cursory review of 120 informant files, a 2005 inspector general report found that 10 percent of informants had engaged in unauthorized illegal activity. The investigation further revealed a 34-percent violation rate with regards to overall guideline compliance at 41 of the FBI’s 56 field offices between 2002 and 2004.