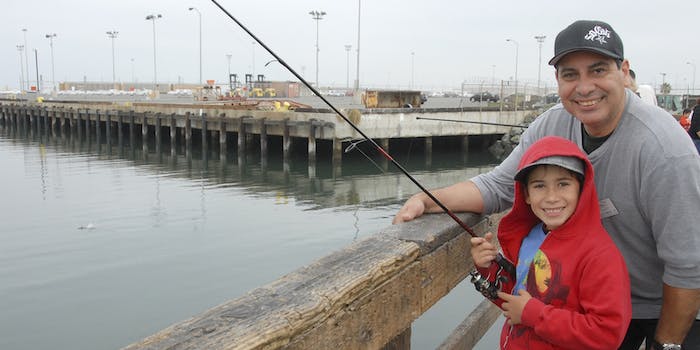 It’s been a while since “Shit My Dad Says” was the hottest feed on Twitter, but did you know that plenty of fathers still use the service, day in and day out, to relate their (mis)adventures in parenting? Welcome to #DadTwitter, where embarrassment is an art, a crushing sense of responsibility pervades all, and the kids can’t hear you curse, thank god.

Standing behind trees with a toddler who refuses to unhand his own wang, both covered in urine, as passerby look querulously to his yawps.

This is your annual reminder that “preschool graduation” is not a thing. Thank you.

my kid just informed me he doesn’t trust trucks

It’s my day off but I’m still up at 7AM. #dadtwitter

“Wow dad is that a five-rep PR! Great job, dad!” – what I like to imagine my daughter is thinking. #DadTwitter pic.twitter.com/xDSjbqumSe

My six year old daughter ate three hardboiled eggs, so my house, tonight, is where the world is ending.

Naturally, we wanted to ask Twitter’s Top Dads™ what they loved most about being a part of this online community. Their exhausted, sarcastic answers are #DadTwitter at its finest.

@TravelingAnna @_Cooper @MilesKlee wow my life has really taken a nosedive when I’m known for my dad jokes.

We here at the Daily Dot would like to wish these dynamic dads a wonderful Father’s Day, with all the macaroni-studded cards and backyard grilling that entails. When your children are done paying you lip service, we’ll be here waiting for more of that cuddly cynicism and disarming sincerity you do so well. Plus the dad jokes. Please never stop with those.

Happy Fathers Day! I’ll be celebrating it tonight like all good Dads – by completely ignoring my kid to watch the World Cup.