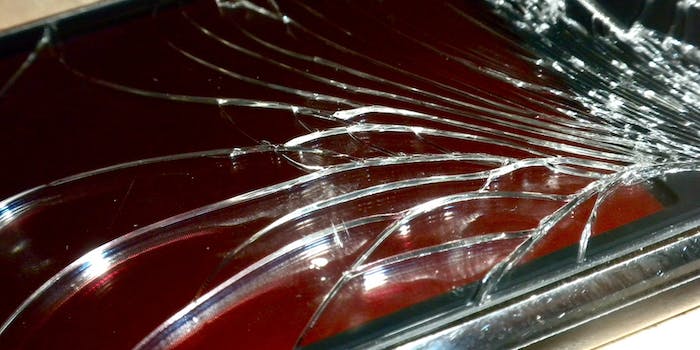 He faces up to 250 years in prison—and the only person he feels sorry for is himself.

Run-ins with family on social media can be uncomfortable for everyone involved, but in a truly disturbing case, it appears an Upstate New York man used Instagram, AOL, and text messages to lure his own 14-year-old daughter into sending him nudes.

The 41-year-old Ilion, New York, man set up accounts with AOL, Instagram, and a texting service in September 2013 and posed as a 16-year-old boy from neighboring Watertown.

His daughter and he quickly entered an online relationship, but she resisted sending him the pornoraphic material he requested. After eventually giving in, she attempted to terminate their relationship in November.

The father, still posing as a teenage boy, attempted to coerce his daughter into sending even more pornographic photos: “I tell u what u want to be gone then send me nudes and close ups and I will let u go,” he said.

The girl refused, expressing her distaste for the nature of the relationship. “No,” she texted. “I’m not going to do that. That’s another reason I’m leaving. All you talk about is sex sex and more sex. Honestly that is not what a relationship is about.”

The man then threatened to send the photos to her father. “Then I will send these to your dad and then I won’t have to worry about anyone else having u,” he wrote.

The girl replied with panic: “I told you that a bunch of times when we were dating that I don’t like those pics and now you are threatening me that if I don’t send you those then you’ll send my dad the ones I sent you before?” she wrote. “My life is ruined.”

The man later switched tactics, promising that if she sent more nudes he would keep them to himself.

“You said that about the other one and now you’re threatening to send it to my father, who by the way will kill me,” she wrote.

When the girl finally terminated the relationship she received a message from someone claiming to be the boy’s mother, telling her the boy had committed suicide. Soon after, the victim’s father told her the ex-boyfriend had sent him the photographs. He sexually abused her and often spoke of how much he liked the photos while he abused her.

About a year after the fake suicide, the victim reported the abuse to a school nurse. Police subsequently investigated the report and the girl recounted the relationship with the 16-year-old boy from Watertown. When police tracked down the texting account the boy had used to communicate with the girl, they discovered that the texts had been coming from inside the victim’s own house.

“Keep in mind the relationship between the defendant and the victim in this case, which makes this all that much more egregious,” she said, emphasizing that the father had extorted the photos from his own daughter.

The man, who faces up to 250 years in prison, sobbed in court as he admitted his guilt. Yet rather than expressing sorrow for his daughter, he implied deep sadness primarily for himself.

“It is very emotional,” he told Sannes. “I’m giving away many years of my life.”

H/T via Jezebel | Photo via Jennifer Morrow/Flickr (CC BY 2.0)