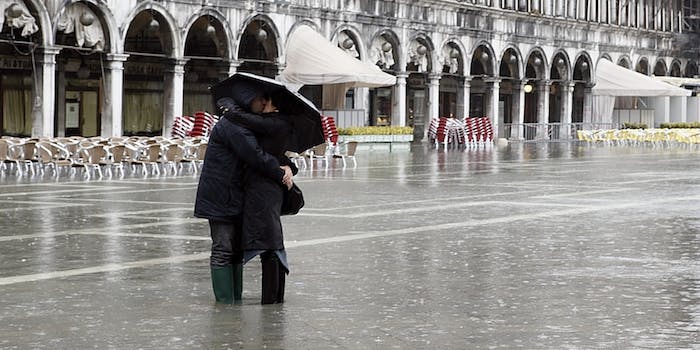 You might wanna move your hands up a little bit, bro. She ate brussel sprouts before taking the photo.

There’s a long history of people using personal ads as a platform for trolling, from a Craigslist Missed Connections post requesting that a waffle house employee fulfill an incest roleplay fantasy to a Craigslist poster looking for the lady who peed on him on New Year’s Eve.

But none of these efforts have been quite as delightful as this ad, in which a man who goes by the name “Stylish Mullet Guy” seeks a flatulent femme fatale he met at a train station. 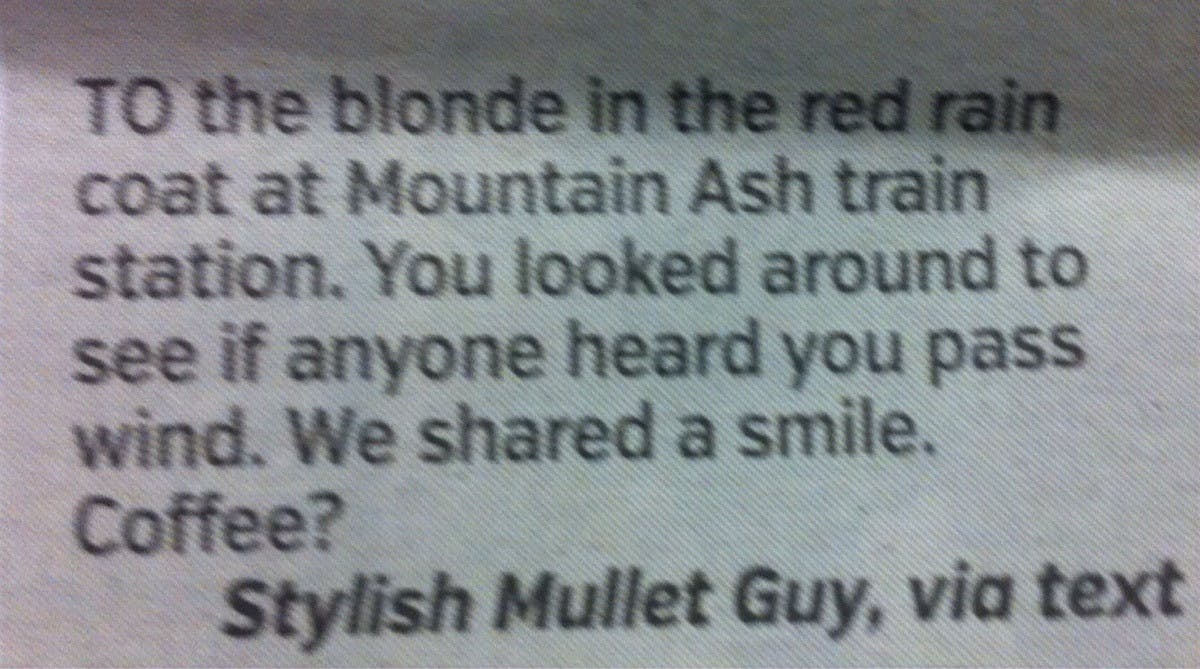 The ad says, which was spotted by an eagle-eyed Redditor in the UK’s Metro newspaper, reads:

“To the blonde in the red rain coat at Mountain Ash train station [a railway station in Wales]. You looked around to see if anyone heard you pass wind. We shared a smile. Coffee?”

This sounds a bit like the premise of How I Met Your Mother, except without the depressing ending—and with farts.

We can’t decide if this is the most or least romantic Missed Connections ad we’ve ever seen. If the mystery gassy blonde is out there, she should totally reconnect with this dude for a cup of coffee—even if their reunion might have some smelly side effects for the other Starbucks patrons.