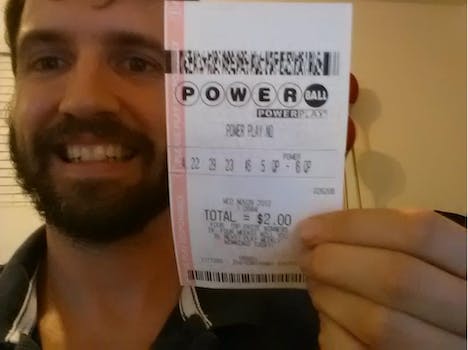 A fake photo that went viral just might be the most-shared image on Facebook of all time, CNN reported.

A fake photo that went viral just might be the most-shared image on Facebook of all time, CNN reported.

Nolan Daniels posted the image seen round the Internet, which featured himself smiling and holding a Powerball ticket with the winning numbers, on Nov. 29 with the caption, “Looks like I won’t be going to work EVER!!!! Share this photo and I will give a random person 1 million dollars!”

At the time, the real winners of the $587.5 million Powerball jackpot had not yet publicly come forward to claim their prize and the country still had Powerball fever, so the photograph spread faster than you could print out a Powerball ticket.

It all sounded too good to be true. And as the Huffington Post reported, it was. The photograph is poorly photoshopped, and Gawker pointed out that the numbers on Daniels’s ticket weren’t in numerical order.

“I think he craves the love from people,” Derek Daniels speculated. “He did this to make himself feel better.”

As of press time the photo has 2,094,501 shares and over 57,000 likes, which knocked the most shared item of 2011, a New York Times photo gallery of the Japanese earthquake and tsunami, and the recent photograph of Barack and Michelle Obama that went viral on Election Night—and has since set three social media world records—out of the park.

Although major media outlets debunked the photograph (especially as footage of the second winner became public), many were still oblivious to this fact with more than 32,000 comments and counting on the post. Some of those who found out about the hoax, however, weren’t so willing to laugh.

“i would be glad to take that 1 mill for my family we need some money and congrates,” one user wrote.

“What a cruel joke to play on folks Nolan Daniels. Shame on you,” another wrote.

However, Facebook users have a history of sharing just about anything, even after it has been debunked. Just last week, Facebook had to debunk a status that promised to protect your intellectual property if posted that went viral.