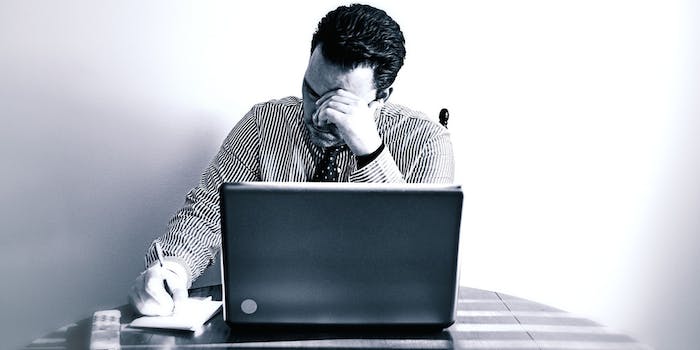 Google searches for "Facebook" correlate more closely with unemployment figures than any other search term.

Economists have long maintained that some business actually tend to thrive during recessions while the rest of the economy is reeling. Discount retailers, fast food restaurants, and repossession companies typically do well when more people are strapped for cash. Now, a new company may be joining that list: Facebook.

According to Bloomberg Businessweek, Google searches for “Facebook” correlate more closely with unemployment figures than any other search term.

Using Google Correlate, which allows users to see how the frequency of certain search terms stacks up against real-world trends and vice versa, Bloomberg decided to see which terms rise and fall with fluctuations in unemployment data. 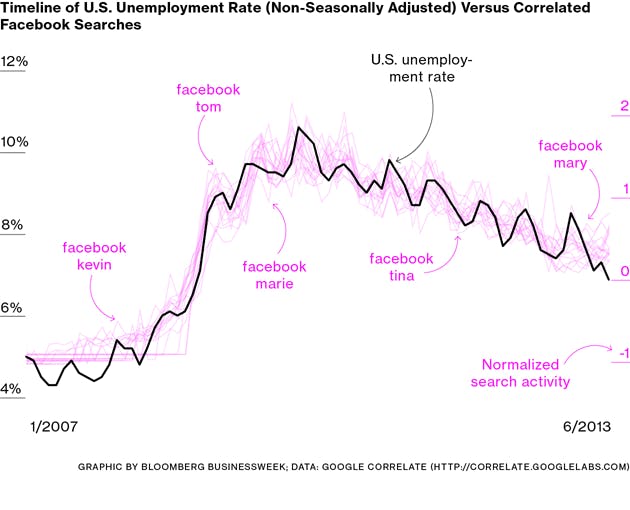 What Bloomberg found was that more people out-of-work means that more individuals are searching for Facebook (usually in combination with an individual’s name). The connection is so strong that Facebook correlates with unemployment more than search terms that are actually germane to joblessness.

The reason for this connection is unconfirmed, but Bloomberg provides reasonable speculation:

“It’s hard to say exactly what’s going on here. It seems reasonable that more unemployed people suggests more time spent surfing the Web, whether to kill time or to connect with anyone and everyone who might help them find a job, but it’s still surprising that Facebook is far and away the most correlated search—far more than ‘unemployment,’ ‘résumé,’ or ‘work.'”

The finding comes at a time of modest gains in the job market. According to numbers released today by the Labor Department, the number of unemployment benefit claims dropped 15,000 last week to a seasonally adjusted rate of 330,000. It’s a sign of steady job growth and fewer layoffs. In the last month, the average number of weekly unemployment claims decreased by 9,750.